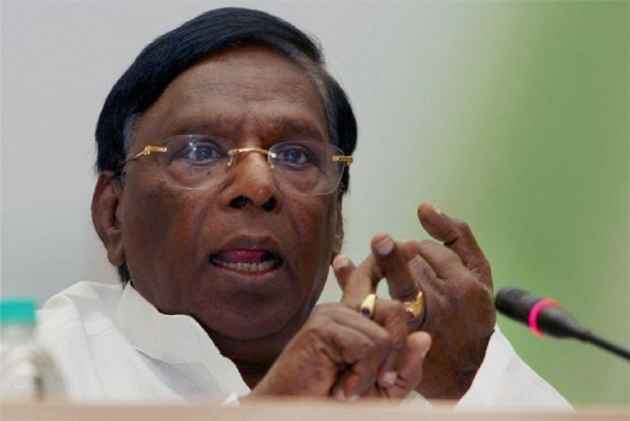 In the wake of a spate of resignations by ruling party MLAs, Puducherry Lt Governor Tamilisai Soundararjan on Thursday ordered a floor test for the Congress government in the union territory on February 22, to ascertain whether it has majority, which has reduced its strength to 14.

Soundararajan's direction to Chief Minister V Narayansamy came after the opposition, led by Leader of the Opposition in the assembly and AINRC chief N Rangasamy, "reiterated" its stand that the government has to prove its majority on the floor of the House, a release from the Lt. Governor's Secretariat here said.

The strength of both the ruling and opposition camps stand at 14 in the 33-member house, including three nominated legislators of the BJP. The assembly has five vacancies.

Congress' own strength is ten, including the Speaker, while its ally DMK has three members. An independent also supports the government.

The Lt Governor has conveyed to Narayanasamy that the Assembly will meet on Monday and be confined to a "single agenda, namely whether the government of the incumbent Chief Minister continues to enjoy the confidence of the House," it said.

Voting shall take place by show of hands and the entire proceedings be videographed, it said.

"The floor test in pursuance of the above directions shall be concluded by 5 pm on 22.02.2021 and the proceedings shall not be adjourned/delayed or suspended at any cost," it said.