The ruling Congress-DMK alliance’s strength dropped to 11, while the Opposition has 14 MLAs in the 33-member Assembly 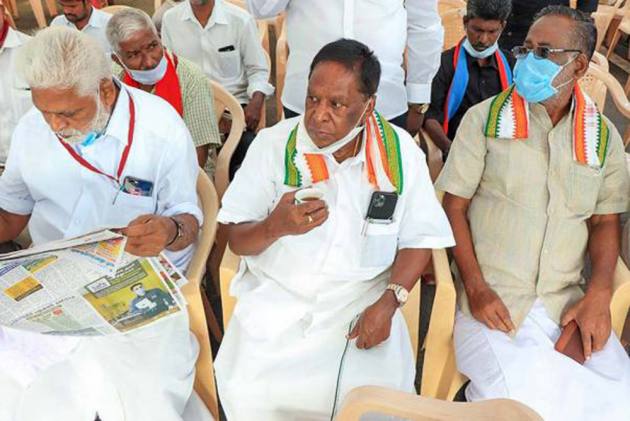 In yet another blow to the Congress in Puducherry, one more party MLA resigned from his post on Sunday, even as Chief Minister V Narayanasamy is expected to face a floor test on February 22 to prove the Congress’ majority in the house.

K Lakshminarayanan, tendered his resignation to Assembly Speaker V P Sivakolundhu at the latter's residence, earlier today. The MLA who was elected from the Raj Bhavan constituency also announced his decision to quit the Congress party. While speaking to reporters earlier today, Lakshminarayanan claimed that "this government led by Narayanasamy has lost its majority."

Following their resignations, the ruling Congress-DMK alliance's strength further slipped to 11, while the opposition has 14 MLAs in the 33-member house which has five vacancies.

Telangana Governor Tamilisai Soundararajan, who was handed over the additional charge of Puducherry, had on Thursday directed Narayanasamy to prove his majority by ordering a floor test on February 22.

Lakshminarayanan's resignation comes on a day when the ruling party members are slated to meet the CM to discuss the future course of action though similar discussions on February 18 yielded no results.