Kiran Bedi said she could say with a deep sense of satisfaction that during her tenure 'Team Raj Nivas diligently worked to serve larger public interest'. 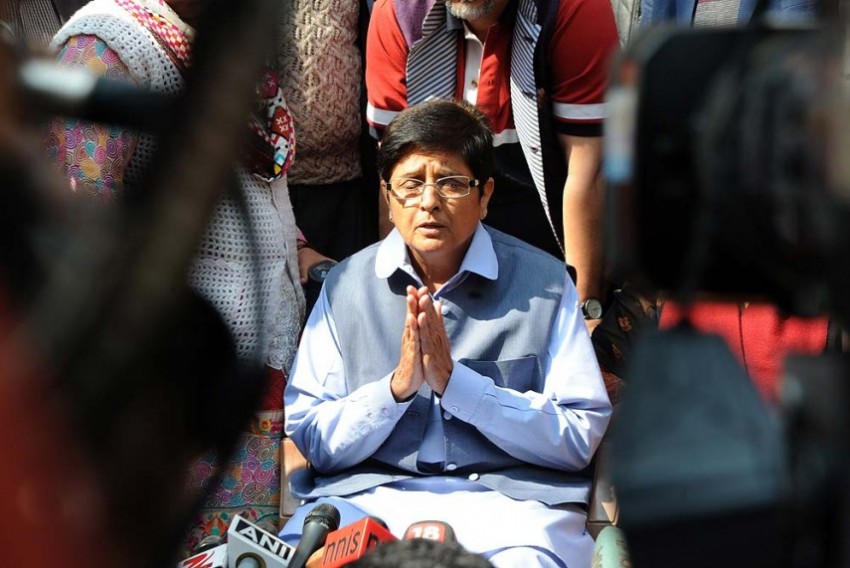 A day after Lt Governor of Puducherry Kiran Bedi was removed from her post, she said whatever work done was a sacred duty fulfilling her constitutional and moral responsibilities.

The former IPS officer thanked the Centre for a lifetime experience in serving Puducherry.

She also thanked all those who worked with her closely.

Bedi said she could say with a deep sense of satisfaction that during her tenure 'Team Raj Nivas diligently worked to serve larger public interest'.

Bedi, who has been at loggerheads with the elected government and particularly with Chief Minister V Narayanasamy also said "whatever was done was a sacred duty fulfilling my constitutional and moral responsibilities."

She asserted that Puducherry has a very bright future.

"It is now in the hands of the people."

She wished for a prosperous Puducherry.

In a surprise development late on Tuesday, the Rashtrapati Bhavan announced that Bedi will cease to hold the office of Lieutenant Governor of Puducherry, just a week after Narayanasamy petitioned President Ram Nath Kovind, urging him to recall her.

Hailing the replacement of Bedi, the CM had said, "it marks victory for the rights of the people".