Forty Central Reserve Police Force (CRPF) personnel were killed in Jammu and Kashmir's Pulwama district last week after a when a Jaish-e-Mohammad (JeM) suicide bomber rammed a vehicle carrying over 100 kg of explosives into their bus. 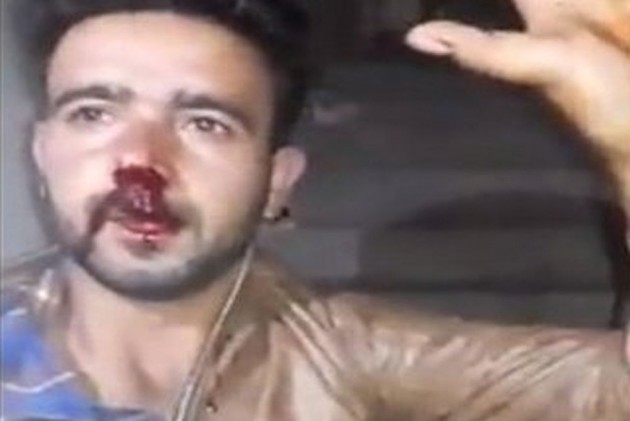 A shawl trader from Soibugh area of central Kashmir’s Budgam district has become the latest victim of a string of mob attacks in West Bengal following last week’s bombing on a CRPF convoy in Pulwama which left 40 troopers dead.

The victim, identified as Javed Khan is a resident of Jammu and Kashmir. According to the reports, Khan was beaten up at the Taherpur bazar area at around 7 pm on Monday. The incident came to light after a video of the incident went viral on social media.

Since Khan was reluctant to lodge a police complaint, a suo motu case was started which led to the arrest, Superintendent of Police (Nadia) Rupesh Kumar said.

Khan is a shawl trader who used to visit Taherpur frequently, sources said, adding that he owns a shawl counter in the market and many people of the locality knew him.

They said a few Kashmiris stay together at a rented house in the locality and Khan was one of them.

On Monday, a few people attacked Khan when he was in his shop. Soon, more people gathered and beat him up. In the end, it was the police who came to Khan's rescue, officials said.

Khan has been advised by police to temporarily leave the area, sources said.

National Conference leader Omar Abdullah has raised the issue with West Bengal chief minister Mamata Banerjee, who he says has assured of action against those who beat up Javid Amad Khan.

Having seen the video doing the rounds on social media of a young Kashmiri man being beaten up in Kolkata I’ve been in touch with @derekobrienmp & @MamataOfficial regarding the matter. The culprits have been identified & strongest possible action has been assured.

Incidents of assaults and harassment of Kashmiris have been reported from various parts of the country after the Pulwama incident.

In another incident reported from the national capital, two Kashmiri shawl vendors have claimed they were beaten up and called "stone pelters" by unidentified men on a train, forcing them to cut short their business trip to Rohtak.

The incident come days after the newly-appointed Kolkata Police Commissioner Anuj Sharma on Tuesday said Kashmiris are safe in the city and security has been beefed up in areas where they reside.

"Kashmiris are very safe in the city. We have already identified the pockets where they are staying. We have interacted with them and ensured their safety and security," Sharma has said.