A video of the incident has gone viral on the social media and a case has been registered at the Yavatmal police station. 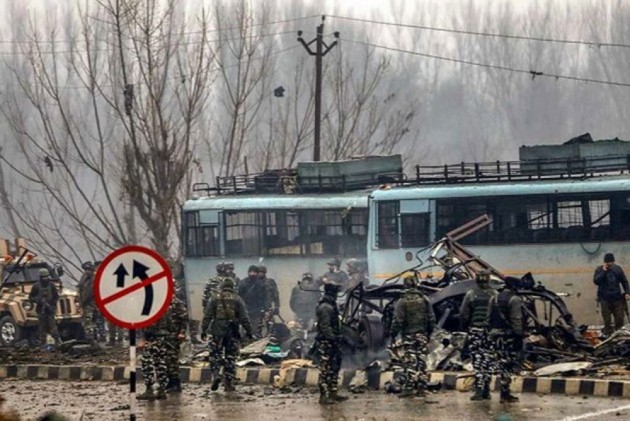 In the latest incident of assault on Kashmiri students after the Pulwama terror attack, students hailing from the valley, studying in a college in Yavatmal were attacked by memebers of Yuva Sena, the youth wing of Shiv Sena, police said Thursday.

The students were threatened and the attack happened on Wednesday night, police said.

A video of the incident has gone viral on the social media and a case has been registered at the Yavatmal police station. The students were attacked around 10 pm outside their rented accommodation on Waghapur Road, police said.

The students were from the Dayabhai Patel Physical Education College, police said.

Yavatmal SP M Rajkumar told PTI that some students from Kashmir, residing at Vaibhav Nagar under Lohara police station were attacked and threatened by some activists of Yuva Sena.

"The Kashmiri students were returning home after having dinner outside when activists of Yuva Sena intercepted them and slapped them. The video of the incident is there in the social media. The victims lodged a complaint at Lohara police station Thursday.Police identified the culprits and have also apprehended the main accused in the incident," Rajkumar said.

A victim of the attack told media, "We wereasked to say 'Vande Mataram' if we want to live here. They slapped us and abused us when we were returning from market Wednesday evening," he said.

"The attackers asked us to vacate our rooms here and return to Kashmir within four days," the student said. We were warned that if we failed to return to Kashmir in this time frame, they will kill us," he said. "Some members in our colony intervened and saved us," he added.

"We have nothing to do with it (Pulwama attack). Whatever happening is happening outside.We have come here to study. If we go back to Kashmir the situation over there is also bad. Neither can we study there nor are we being allowed to study here.

"Where will we go? We want to study here without any tension. We want to thank the police for helping us and now we are feeling a little better," he said.

Asked to comment on the incident, Yuva Sena chief Aaditya Thackeray said, "There is resentment across the country over the Pulwama terror attack. While it is necessary to teach Pakistan a lesson, one should realise nobody is troubled while doing so."

The young leader, son of Shiv Sena chief Uddhav Thackeray, said he would conduct an investigation into the Yavatmal thrashing incident and take the necessary action after truth is ascertained.

He also called for unity among Indians.

Meanwhile, a video of the attack has gone viral on social media. It shows the Yuva Sena workers asking the students where they are from. When they say they came from Kashmir, they are slapped, beaten up and threatened with dire consequences.

The assailants can be seen harassing the students and asking them if they are terrorists or if their relatives in Kashmir are terrorists and go around killing Indian soldiers.

In the video, the attackers are also seen forcing the students to shout slogans like 'Vande Mataram' and 'Hindustan Zindabad'.