The Punjab Assembly witnessed a war of words between Sidhu and opposition Shiromani Akali Dal (SAD) MLAs which forced adjournment before the budget could be presented in the House on Monday. 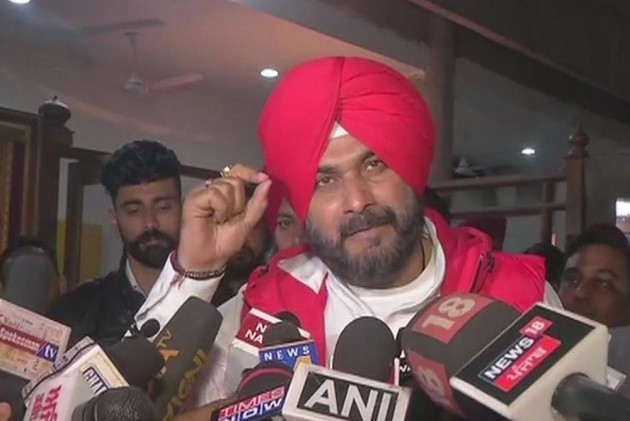 The Punjab Assembly witnessed a war of words between state cabinet Minister Navjot Singh Sidhu and opposition Shiromani Akali Dal (SAD) MLAs, especially Bikram Singh Majithia, which forced adjournment before the budget could be presented in the House on Monday.

Personal attacks flew across the benches between Sidhu and Majithia. The SAD MLAs also wore black ribbons on their arms.

Speaker Rana K.P. Singh called out the Akali and BJP legislators and asked the Assembly staff to remove them from the House.

The Akali MLAs held a protest in the Assembly against the recent remarks of Sidhu on the deadly Pulwama terror attack. They demanded that the cricketer-turned-politician and Congress leader must be dismissed from the Punjab cabinet.

The protest was carried out near the Speaker's podium even as Finance Minister Badal was reading out the annual budget for the state.

Some Ministers and Congress MLAs were found trying to pacify a visibly agitated Sidhu but he did not relent.

Earlier, the SAD-BJP legislators burnt the Pakistani flag outside the Assembly complex.

The Akalis raised slogans against Sidhu's remarks defending Pakistan following the February 14 terror attack on a CRPF convoy in Pulwama district in Jammu and Kashmir in which 49 troopers were killed when a terrorist drove an explosives-laden SUV into the convoy.

Sidhu, who takes every opportunity to harp on his friendship with Pakistan Prime Minister Imran Khan, a former cricketer like himself, had told the media on February: "Wherever wars are fought and such things (Pulwama-type attack) happen, dialogue also continues simultaneously.

"There is a need to find a permanent solution (to issues between India and Pakistan). Such people (terrorists) have no religion, no country and no caste. When a snake bites, its antidote is also snake poison."

#WATCH Navjot Singh Sidhu says,"I am firm on my stand. Terrorism shouldn't be tolerated. I want to ask who released those involved in 1999 Kandahar incident? Who's responsibility is it? Our fight is against them.Why should a soldier die? Why can't there be a permanent solution?" pic.twitter.com/7Oe73dVqP5

Sidhu has also justified his take on the dialogue between the two nuclear neighbours.

Though Sidhu condemned the Pulwama terror attack on the CRPF convoy, he added that the entire nation (Pakistan) could not be blamed for the actions of a handful of people.

"This (attack) should be condemned by all. For a handful of people, you cannot blame an entire nation. Those behind the attack must be punished," Sidhu had said.

Sidhu on Saturday defended his comments claiming that his statement was "deliberately distorted" as the people were scared of him.