Chief Minister Amarinder Singh has directed the Punjab Police to be prepared to thwart any attempts by Pakistan to create disturbance in the state. 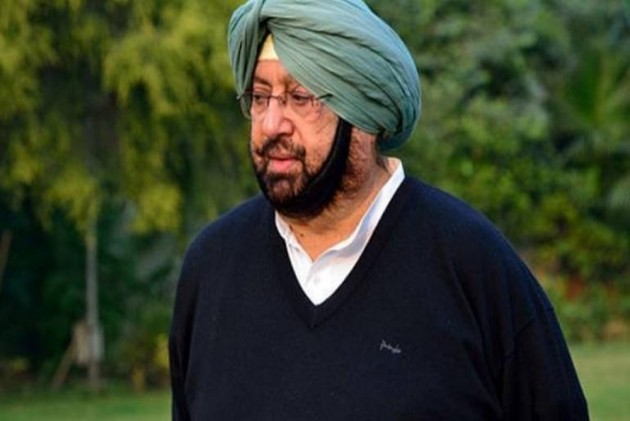 After the Centre on Monday revoked Article 370 which granted special status to Jammu and Kashmir, the Punjab government prohibited any kind of celebrations or protests that could vitiate the atmosphere.

Chief Minister Amarinder Singh directed the Punjab Police to be prepared to thwart any attempts by Pakistan to create disturbance in the state.

A meeting was held to review the law and order situation in the state in the wake of the revocation of Article 370 in Jammu and Kashmir.

"Pakistan may not take this lightly and could resort to some act against India," the Chief Minister said, asking the state police to be ready for any eventuality.

He has ordered increased security for the 8,000-odd Kashmiri students in Punjab, and directed superintendents of police and deputy commissioners to meet them and talk to them personally.

The Chief Minister has ordered scaling up of security in Punjab's districts that border Kashmir.

He reiterated his earlier directions to the police and the district administration to ensure smooth and safe movement of those leaving Kashmir via Punjab.

The border areas of the state have been on high alert for the past two days, since tourists and Amarnath yatris were asked to leave the Kashmir Valley, citing security concerns.

The chief minister has, meanwhile, appealed to all, within and outside Jammu and Kashmir, to remain calm and not do anything to disturb the peace and harmony of the nation in these difficult circumstances.

Amarinder Singh also flayed the manner in which the Centre imposed its decision on Kashmir, saying the democratic fabric of the nation had been ripped apart with this unprecedented violation of the constitutional norms.

"It is a dark day for Indian democracy," said Amarinder Singh, adding that the Constitution of India had been rewritten without following any legal provisions.