The second item on the agenda of the Charanjit Singh Channi government is to please the blue-collar workers before the assembly poll by increasing the minimum wages. 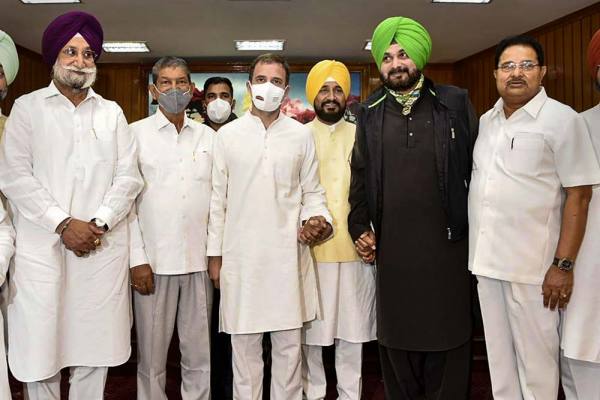 The Punjab cabinet is expected to take the crucial decision regarding the issue of resignation tendered by AG (Advocate General) APS Deol, which will be tabled at the cabinet meeting on Tuesday afternoon. Deol tendered his resignation on November 1, after being repeatedly attacked by the state Congress chief, Navjot Singh Sidhu, because Deol had represented former director-general of police (DGP) Sumedh Singh Saini. The latter was the head of the state police at the time of the sacrilege incident and police firing on protesters six years ago.

Meanwhile, the Channi government wants to mollify Sidhu ahead of the November 11 Vidhan Sabha session, when it plans to bring in a white paper on Power Purchase Agreements (PPAs), besides introducing a resolution to reject the farm laws and challenge the new, expanded jurisdiction of the BSF.

The second item on the agenda of the Channi cabinet is to please the blue-collar workers before the assembly poll by increasing the minimum wages of unskilled workers from the present Rs 8,700 to Rs 9,200, benefitting nearly 14 lakh workforce.

It may announce two dearness allowance (DA) instalments, resulting in an increase in the minimum wages.

Sources said the government was planning to release two more DA instalments in the coming days, taking the minimum wages to Rs 10,000. An advisory board has been constituted to release the DA. The agenda item in this regard was being tabled by the Labour Department.

The scheme would be called One-Time Settlement (OTS) of non-compoundable violations in houses, commercial shops and institutional buildings falling in municipalities and improvement trusts.