Amarinder Singh's comment came a day after Congress MP Bittu was allegedly assaulted and thrashed during a 'Jan Sansad' programme at the Singhu border. 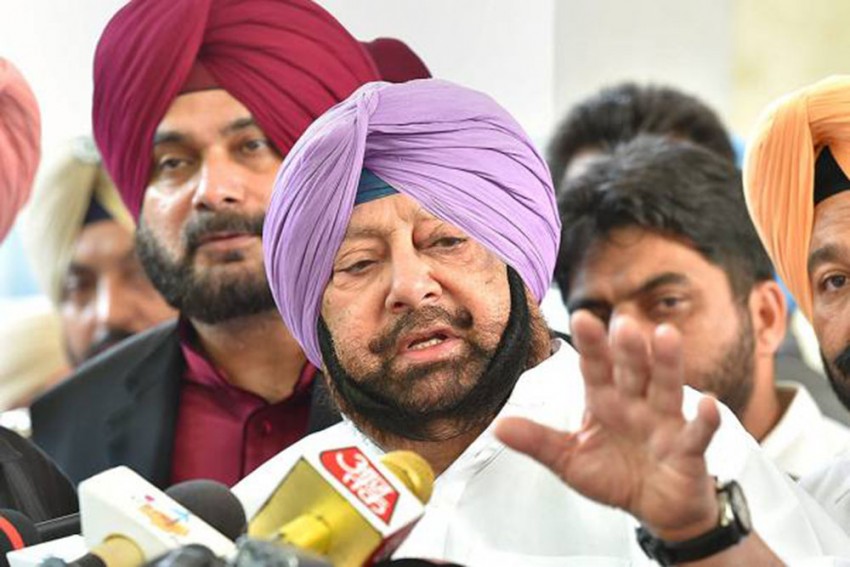 Punjab CM's comment came a day after Congress MP Bittu was allegedly assaulted and thrashed during a 'Jan Sansad' programme at the Singhu border.

Bittu described the assault as a "murderous attack" by some "mischievous elements" in which his turban was also pulled off.

The Ludhiana MP's vehicle was also damaged in the attack at the Guru Tegh Bahadur Ji Memorial where he had gone with Congress' Amritsar MP Gurjeet Singh Aujla and party MLA Kulbir Singh Zira to attend the event.

The chief minister alleged that the “attack” was not the handiwork of the peacefully protesting farmers but of AAP workers, whose only agenda is to weaken the farmers' fight by “creating trouble” at the behest of the BJP.

Responding, co-incharge of AAP's Punjab unit Raghav Chadha claimed the farmers were turning against Congress leaders and that the protest was done by "aam aadmi (common people)" and not by the AAP.

Speaking to reporters here, Amarinder Singh said farmers have been protesting peacefully at Delhi's borders for over two months now without resorting to any such acts.

AAP workers present near the Jan Sansad "attacked and manhandled" Bittu and MLA Zira, he claimed.

"AAP is camping there," the chief minister claimed. "No one but AAP is responsible for the attack. Farmers are not responsible," he added.

"They (AAP workers) should understand that the country thrives on 'Lokshahi (democracy)' and not 'dhakashahi (push and shove)'," Singh said.

Intelligence reports indicate that AAP workers intermingled with farmers and allegedly assaulted the Congress leaders, he claimed, adding that AAP's "desperate attempts" to undermine him and his government in Punjab were becoming "more and more brazen by the day".

After their efforts to spread false propaganda and lies about the Congress-led government in Punjab failed to mislead the farmers, they "resorted to violence" against Bittu and Zira, the chief minister alleged.

The farmers had no reason to assault the Punjab Congress leaders, Amarinder Singh further said, adding, "Such tactics would not help AAP to drive a wedge between his government and the farmers which they have been trying to do for months now at the bidding of Arvind Kejriwal, who is clearly dancing to the BJP leadership's tune."

AAP's Raghav Chadha, however, refuted the allegations levelled by the Punjab chief minister, and claimed Bittu was opposed at the protest venue only because of the statements he had made against farmers.

"We want to make it clear to Captain (Amarinder) and to the Congress party that AAP had nothing to do with this attack," Chadha said in a statement.

If anyone is responsible for what happened on Sunday, it is the Congress party, Ravneet Bittu and the chief minister himself, he added.

"A few days ago, Ravneet Bittu crossed the line of shamelessness and made all false statements against the farmers' movement. People now know that Captain's government is a fake government," Chadha claimed.

Amarinder Singh, in the meanwhile, said he was hopeful that the farmers' tractor parade would be peaceful.

Farmer leaders and kisan unions fighting the farm laws understand the gravity of the situation and will not do anything to damage their own efforts, he added.