Chief Minister Amarinder Singh had recently said he intended to change Navjot Singh Sidhu's portfolio and blamed him for 'inept handling' of the department for the Congress performance in the urban areas in Lok Sabha polls. 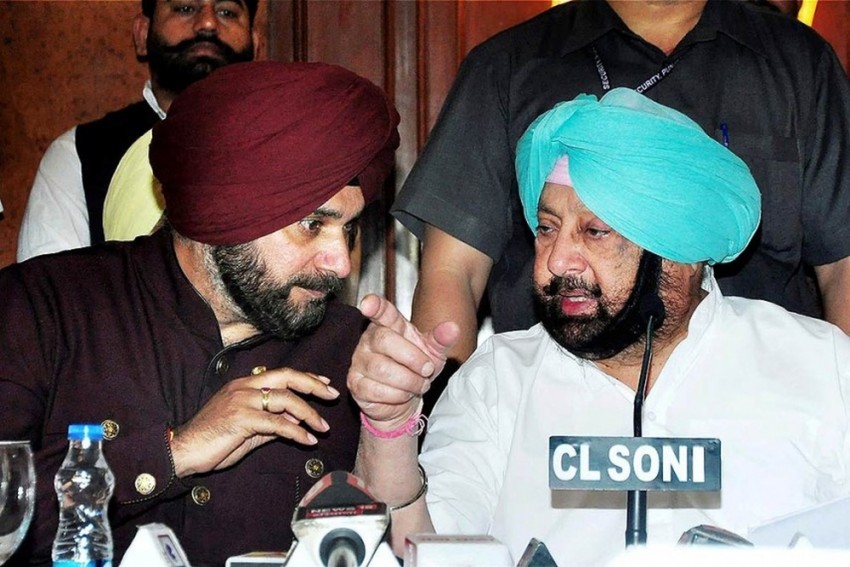 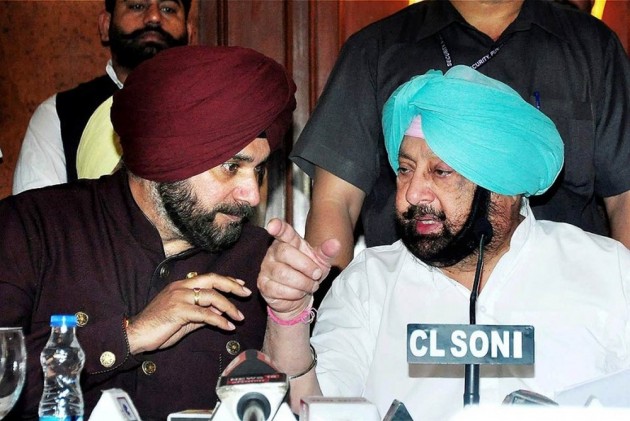 Punjab Chief Minister Amarinder Singh Thursday divested Navjot Singh Sidhu of the crucial Local Government department and gave him the Power and New and Renewable Energy Sources portfolio in a cabinet reshuffle, amid differences between the Congress leaders.

The rejig took place hours after the first state Cabinet meeting following the Lok Sabha elections and it was skipped by the minister who is under fire from Singh for Congress's "poor performance" in the state's urban areas in the elections.

Singh had recently said he intended to change the cricketer-turned-politician's portfolio and blamed Navjot Sidhu's “inept handling” of the department for the Congress performance in the urban areas.

Barring four ministers, there are some changes in the portfolios of all the others as a result of the reallocation, according to an official statement.

Singh, who changed the portfolios of most of his ministers, said this will help further streamline the government and bring more transparency and efficiency in the functioning of departments.

With the Congress government in the state nearing its mid-term mark, he hoped that the exercise will re-energise his team and bring freshness into the working of major departments.

The list of portfolios was sent to Punjab Governor V P Singh Badnore for reallocation by Singh earlier in the day. The Punjab cabinet has 18 ministers, including the chief minister.

Singh, who had hinted at a reshuffle after the completion of the poll process, has allocated the Local Government department to his senior-most colleague Brahm Mohindra.

Navjot Sidhu has been given Power and New and Renewable Energy Sources, and his Tourism and Cultural Affairs portfolio has been given to Charanjit Singh Channi, as per the statement.

However, Navjot Sidhu, Thursday said he has always been a "performer" and claimed that urban areas had played a pivotal role in the party's victory in Punjab.

"I cannot be taken for granted. I have been a performer throughout in 40 years of my life be it international cricket, or world class commentary with Geoffrey Boycott, TV shows or 1,300 motivational talks," he said, adding that his department has been "singled out".

The simmering tension between the chief minister and Navjot Sidhu came out in the open on May 19 when Singh accused him of damaging the Congress's prospects just before the election with his "irresponsible actions".

The Health and Family Welfare portfolio, which was with Mohindra, has now been assigned to Balbir Sidhu, according to the statement.

Channi has retained the Technical Education, Industrial Training and Employment General departments and his Science and Technology portfolio has been taken over by the chief minister.

Balbir Sidhu’s portfolio of Animal Husbandry, Fisheries and Dairy has been given to Tript Bajwa along with Higher Education.

Bajwa retained the Rural Development and Panchayat portfolios. He was divested of Housing and Urban Development, which Amarinder Singh has handed over to Sukhbinder Singh Sarkaria, in place of Revenue, the statement said.

The Revenue Department is now with Gurpreet Singh Kangar, who is also handling Rehabilitation and Disaster Management.

Manpreet Singh Badal continues to take care of Finance, Planning and Programme Implementation but the chief minister has decided to take Governance Reforms into his own fold.

The School Education portfolio, which was with Om Prakash Soni, has been given to Vijay Inder Singla, who retained the Public Works department. Singla's Information Technology portfolio has been taken over by Singh.

In addition to Sports and Youth Affairs, Rana Gurmeet Sodhi will now also be in-charge of NRI Affairs, which was under the chief minister's purview.

Transport has been moved from Aruna Chowdhary’s basket and handed over to Razia Sultan, who retains Water Supply but has been divested of Higher Education. Chowdhary takes over the Social Security, Women and Child Development departments.