Amarinder Singh ordered that small and marginal farmers must be given priority while providing subsidized seeds. 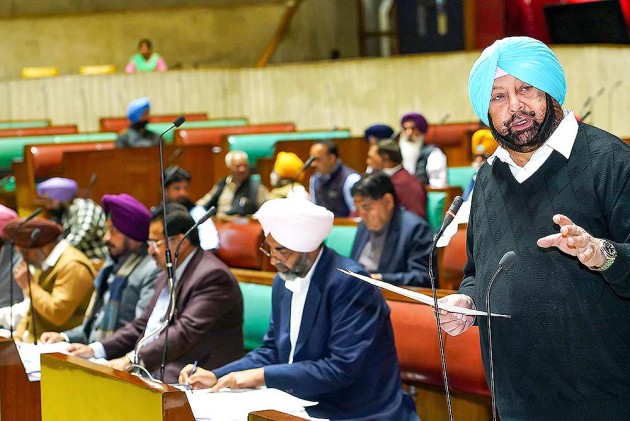 A total of 1.85 lakh quintals of certified seeds, with Rs 18.50 crore worth of subsidy, will directly benefit approximately 2.5 lakh farmers under the policy, an official release said here.

Subsidy equalling 50 percent of the total cost of seeds, or to a maximum of Rs 1,000 per quintal, will be directly transferred to the bank accounts of applicant farmers.

The subsidy for wheat seeds will be provided for a maximum of 5-acre area.

The chief minister directed the Department to give priority to small and marginal farmers for providing subsidized seeds. The subsidy should be given only to eligible farmers and the subsidy amount should be transferred directly to the accounts of beneficiary farmers, the chief minister said.

Amarinder asked Anirudh Tewari, Additional Chief Secretary (Development), to issue detailed instructions to officers/staff of the Agriculture Department to closely monitor seeds being sold in their respective area, and said only quality seeds should be given to the farmers, the release said.

He warned that concerned officers/employees of seed agencies as well as district and block-level agriculture officers would be considered to be directly responsible if any complaint is received or any malpractice is detected in the distribution of seeds.

Farmers can submit their applications at the offices of the Agriculture Department in their areas from November 1 for availing the subsidy.

Tewari said the Agriculture Department has ensured all requisite arrangements to provide wheat seeds at subsidized rates to the farmers.

Wheat is expected to be cultivated in about 35 lakh hectare area in the state during rabi season 2020-21.