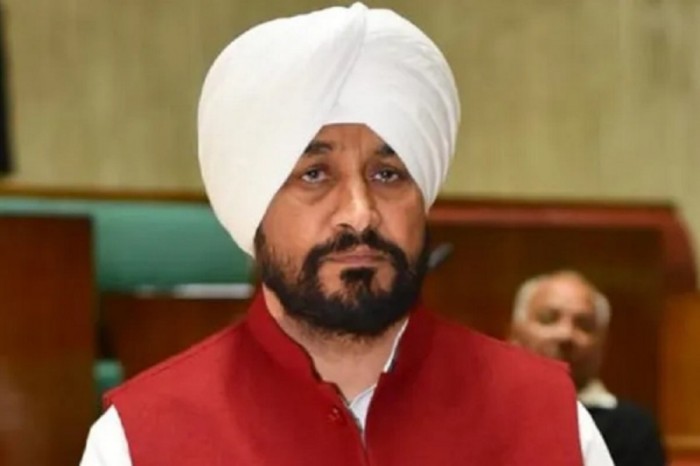 Punjab Chief Minister Charanjit Singh Channi has urged Prime Minister Narendra Modi to review into the law extending the BSF’s territorial area up to 50 kilometres in the state from the Indo-Pak border.

In a letter written to Modi, Channi urged him to restore the BSF’s territorial jurisdiction, limiting it only up to 15 km in the state from the international border.

Channi urged Modi that restoration of the territorial jurisdiction of the border guarding force will help the BSF and Punjab police work together amicably against the anti-national forces.
Besides, he said it will safeguard the sovereignty and territorial integrity of India.

Channi also sought an appointment with Prime Minister Modi to discuss the issue.

Channi wrote to the PM on a day one of his Cabinet ministers dubbed the central legislation extending the BSF’s territorial jurisdiction as the Centre's “fourth black law” after its three farm laws.

Arguing that the police and law and order are subjects under the State List of the Constitution, the Punjab CM asserted that in a federal set up these matters are to be handled by the state government.

“By conferring powers of police officers to search, seizure and arrest people upon the BSF, not only for the prevention of offences punishable under various Acts but also for any cognisable offence punishable under any other Central Act without consulting the state governments or obtaining their concurrence, amounts to encroachment upon the powers and role of the state by the Centre,” the CM asserted.

He further accused the central government of trying to weaken the spirit of federalism and disturb the federal structure of the Constitution.

In his letter to the PM, Channi argued that the BSF is trained to perform its primary duty of guarding and securing the international border and to act as the first line of defence.

He also contended that policing in the hinterland is the duty and responsibility of the state police.

“Moreover, the Punjab Police is a professional force fully competent to handle any law and order situation within the state,” he wrote, as per an official statement.

The chief minister also pointed out that the Punjab Police has adequate experience of dealing with terrorism effectively in the past, which he said, would not have been possible without effective coordination between the Punjab Police and the central agencies.

He said joint operations have been conducted successfully against drug traffickers and terrorist modules because of excellent coordination between the BSF and Punjab Police in the recent past.

Making a strong plea to review the entire matter, Chief Minister Channi asserted that there are no justifiable reasons for unilaterally changing the existing arrangements by the government of India now.

The Union government has amended the BSF Act to authorise the force to undertake search, seizure and arrest within a 50 km stretch, up from the existing 15 km, from the international border in Punjab, West Bengal and Assam.

Punjab has over 500 km of international border with Pakistan and more than 80 per cent of the total area of the border districts -- Pathankot, Gurdaspur, Amritsar, Tarn Taran, Ferozepur, Fazilka -- and all the major towns and cities, including all the headquarters of these border districts, fall within 50 km from the Indo-Pak border, Channi pointed out.

Meanwhile, Punjab’s Soil and Water Conservation Minister Rana Gurjeet Singh on Friday dubbed the central legislation extending the BSF territorial jurisdiction up to 50 km from the Indo-Pak border inside the state as the Centre's “fourth black law” after its farm laws.
Singh, who also holds the portfolios of Technical Education and Employment Generation ministries, said the increase in the BSF's jurisdiction from earlier 15 km to 50 km is the “fourth black law imposed by the Centre on Punjab”.

Addressing a gathering in Hoshiarpur after laying the foundation stone for an irrigation project using treated water, Singh said the Centre earlier had imposed three farm laws and now the more powers to BSF is another "black law" against Punjab.

“The Punjab government will strongly oppose this arbitrary decision,” the minister said.
Opposing the Centre's move to extend the BSF's territorial jurisdiction in the state, the Punjab Cabinet on Monday had said that law and order is a state subject and the police force is capable of dealing with any situation.

The minister also lashed out at the Centre “for deliberately ignoring the demands and concerns of the country's farmers, who, he said, have been protesting at borders of the national capital for eleven months”.

He reminded the Centre that Punjabis played a vital role in the country's freedom struggle and safeguarding the frontiers of the country besides contributing immensely to the country's food kitty by producing crops.

But the farmers today have been forced to sit at Singhu and other parts for their rights with the Centre paying no heed to their demands. (With PTI inputs)