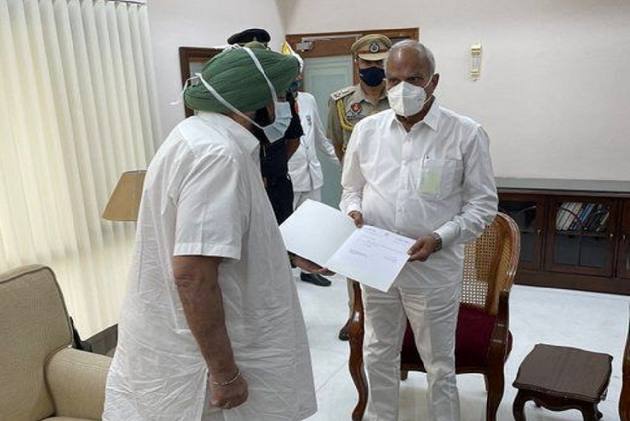 After the resignation of Captain Amarinder Singh as Chief Minister of Punjab, the Congress legislative party (CLP) in a meeting in Chandigarh on Saturday authorized party president Sonia Gandhi to name the new CM.

After the meeting of almost two hours at PPCC headquarter in the state capital, Harish Rawat , AICC general secretary and in-charge of Punjab, told media persons that two resolutions were passed in the meeting. The MLAs have authorized the party national president to name the CLP leader,” he said.

Sources said the authorisation by MLAs has been emailed to Sonia Gandhi and new CM’s name may be announced soon. The names of new faces to replace Captain are Sunil Jakhar, former PCCC president, Sukhjinder Randhawa Cabinet Minister and Partap Bajwa, MP.

Earlier, speaking to reporter, Capt. Amarinder Singh said, “I have offered my resignation to the party national president today morning at 10 am, then why was there a need to call a CLP meeting? It is only to humiliate me again and again. I am having more options for future politics.”

The party high command, late Friday night, had asked Capt Amrinder Singh to quit as CM and to keep away from the CLP meeting to resolve the revolt in the party. Punjab Congress in-charge Harish Rawat late Friday night announced that a Congress legislative party meeting would be held on Saturday at the PPCC headquarters in Chandigarh.

The AICC had received a representation from a large number of MLAs from the congress party, requesting to immediately convene a meeting of the Congress Legislative Party of Punjab. Rawat said that the AICC had directed PPCC to facilitate the meeting. It comes just a day after at least 40 legislators wrote to Congress president Sonia Gandhi seeking a CLP meeting to chalk out a strategy for the upcoming Assembly elections, scheduled to be held in early 2022. Harish Rawat, two party observers from Delhi-- Harish Chaudhary and Ajay Maken –also participated in the CLP meeting.