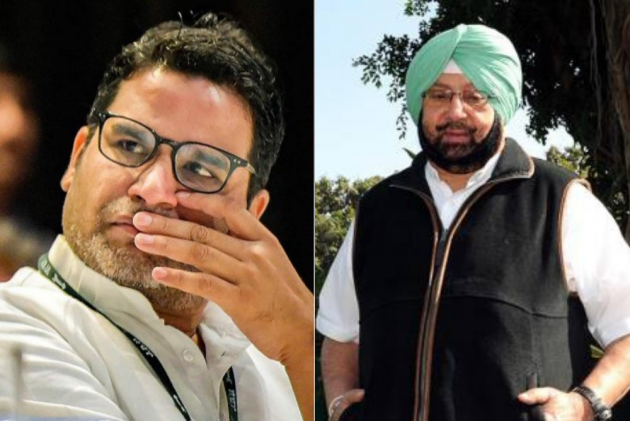 Ahead of the Punjab Assembly elections which are scheduled to be held next year, poll strategist Prashant Kishor has reportedly tied up with the Congress in Punjab.

On Monday, Chief Minister Amarinder Singh took to Twitter to announce that Kishor will act as his principal advisor.

“Happy to share that @PrashantKishor has joined me as my Principal Advisor. Look forward to working together for the betterment of the people of Punjab!,” Amarinder Singh tweeted.

Happy to share that @PrashantKishor has joined me as my Principal Advisor. Look forward to working together for the betterment of the people of Punjab!

On 2nd May, Hold Me To My Last Tweet: Prashant Kishor On TMC's Win In Bengal

Kishor had handled the Congress poll campaign in the 2017 Punjab Assembly elections. The Congress in 2017 had stormed to power by bagging 77 seats in the 117-member Assembly.

Kishor was the brain behind Punjab Congress programmes like “Coffee with Captain” and “Punjab Da Captain” to drum up support for the party.

Last year, the Punjab CM had said Kishor told him that he would be "quite happy" in handling the election campaign of the Congress in Punjab for the 2022 Assembly polls.

His claims had come amid media reports that Kishor had said no to handling the party's campaign in the state.

Amarinder Singh had then even said Congress president Sonia Gandhi had left it to him on roping in Kishor for the party's poll campaign in the state.

The CM had further said that he had even asked his party MLAs whether they want Kishor for the next Assembly polls. "Out of 80 MLAs, 55 said yes, they want him," Singh had then said.