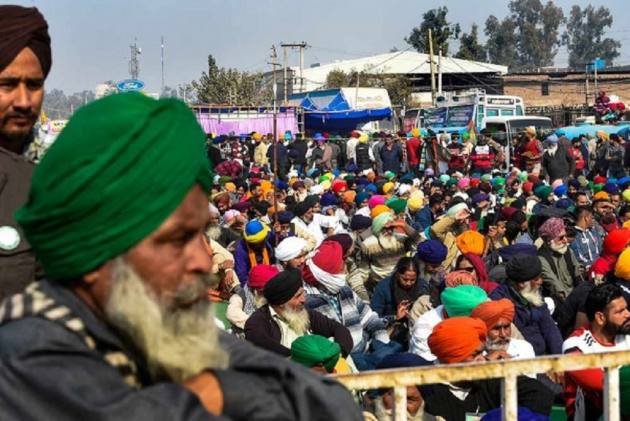 A 65-year-old Punjab farmer protesting against the Centre’s agriculture laws attempted suicide by taking some poisonous substance near the Delhi’s Singhu border on Monday, a police official said.

Niranjan Singh, who hails from Punjab’s Tarn Taran, was admitted to the Rohtak’s PGIMS and his condition is stated to be stable, the official said.

Before the suicide bid, the farmer left a note behind, which is being verified by police.

Punjab Farmer Dies By Suicide After Returning From Delhi

“We are in the process of recording his statement,” the official said when asked about the reason behind the suicide attempt.

The incident comes close on the heels of a Sikh preacher, Sant Ram Singh, allegedly committing suicide near the Singhu border last week as he was “unable to bear the pain of the farmers”.

On Saturday, a 22-year-old farmer had allegedly committed suicide in Punjab's Bathinda after returning from a protest site near the Delhi border.

Farmers are protesting against the Centre’s three contentious laws enacted in September this year.

The government has projected the laws as major reforms in the agriculture sector that will remove middlemen and allow farmers to sell their produce anywhere in the country.

However, the protesting farmers have expressed apprehension that the new laws would pave the way for eliminating the safety cushion of the minimum support price and do away with the mandis, leaving them at the mercy of big corporates.

The Centre has repeatedly asserted that these mechanisms will remain.