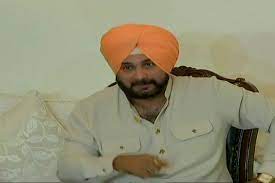 A Punjab police officer on Saturday slammed Punjab Congress chief Navjot Singh Sidhu over his remark at a rally telling his party workers to make “cops wet their pants.

The police officer condemned Sidhu’s defamatory comment stating that the politicians must not forget the sacrifices made by the security forces.

"Without police protection, even a rickshaw puller will not listen to his speech", Chandel was quoted sayingby the news channel.

"The security forces has its own dignity. (Mr) Sidhu has defamed the entire Punjab Police by making such shameful comments," he was quoted as having said.