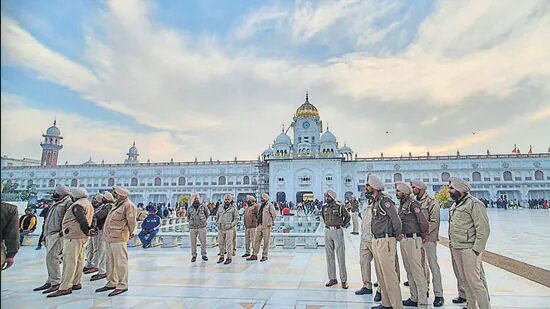 Autopsy report of the man lynched for an alleged sacrilege attempt at a gurdwara revealed presence of about 30 injuries in his body, mostly sharp cuts likely to have been inflicted by swords.

Senior Medical Officer Narinder Singh confirmed the reportand also told the reporters that a five-member board of doctors from the local civil hospital conducted the autopsy.

Meanwhile, the man was cremated as no one came forward to claim the body.

Police are yet to register a murder case.

Earlier, they had said there was "no visible sign" of any sacrilege at the gurdwara in Nizampur village on the Kapurthala-Subhnapur road.

The killing had taken place on Sunday, a day after a similar incident at the Golden Temple in Amritsar, where another man was lynched over an alleged desecration bid.

The unidentified man had deep cuts on neck, head, chest and right hip of the body and he would have become breathless after a deep cut on the neck, said the report.

The board also took viscera of the victim for chemical examination to ascertain whether he had consumed any intoxicants. The doctors took samples of the man's hair, teeth and blood for his DNA test.

Police took the body in its vehicle to the cremation ground for his last rites and handed it over to officials of the local municipal corporation for the cremation.

City Deputy Superintendent of Police Surinder Singh, who was also present in the hospital, told mediapersons that police tried their best to establish his identity but no one came forward to claim the body even after a lapse of 72 hours of the lynching incident.

On a query over the registration of a murder case, he said police are investigating the incident and will register the case on the basis of the findings. No murder case has been registered so far, he said.

However, a case under Section 295 A (deliberate and malicious acts intended to outrage religious feelings of any class by insulting its religion or religious beliefs) has been registered on the complaint of the manager of the gurdwara.

Police had detained for questioning gurdwara manager Amarjit Singh, who was released on Sunday night.

Singh had claimed that he saw the man trying to disrespect the "Nishan Sahib" (religious flag).