The CM announced a hike of Rs 35 per quintal in the state assured price (SAP) of sugarcane after a meeting with farmer leaders. 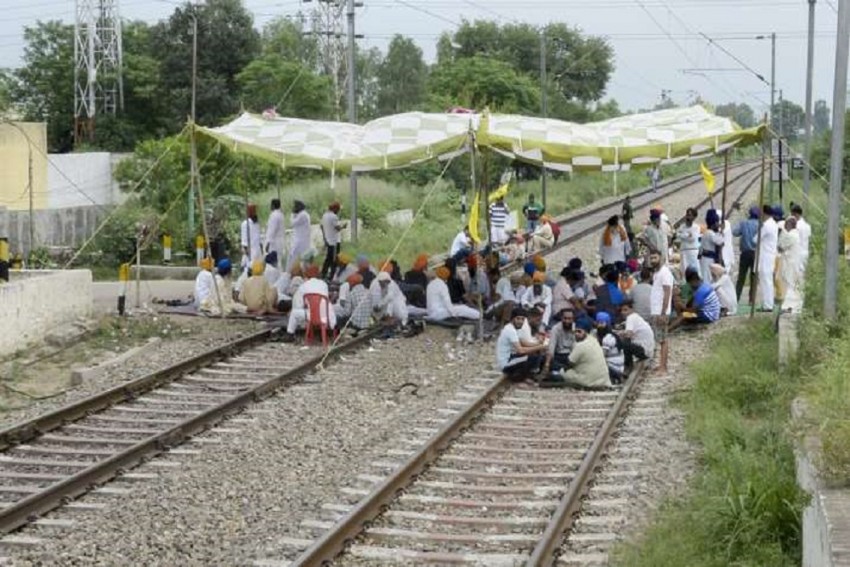 Punjab sugarcane farmers called off their agitation Tuesday after Chief Minister Amarinder Singh assured them of a hike in prices.

The CM announced a hike of Rs 35 per quintal in the state assured price (SAP) of sugarcane after a meeting with farmer leaders. The price will now be Rs 360 per quintal

Farmers had blocked a national highway and rail tracks in Jalandhar, saying the recent hike announced by the state government was inadequate as their production cost had spiralled considerably.

Their demand had also got the backing of state Congress chief Navjot Singh Sidhu, who demanded better prices for Punjab farmers.

The farmers' stir had entered fifth day on Tuesday.

According to an official spokesperson, agreeing to the demand for a hike in cane pries, the CM said Punjab's fiscal situation had prevented adequate increase in the state advised price for the past three to four years.

The CM said farmers were not to blame for the problem, which was caused by Punjab's poor finances, the spokesperson added.

According to the official, the CM said he was always with farmers and wanted to do his best for their welfare but the state's fiscal crisis had prevented him from increasing SAP earlier.

Balancing the needs of farmers with those of the cooperative and private sugar mill owners was tough, given the prevailing fiscal situation, said the CM.

After a meeting with the chief minister, farmer leader Manjit Singh Rai told reporters that the CM agreed to increase cane prices.

He said they were told that their pending arrears will be paid in 15 days.

Rai said they have also told farmers in Jalandhar to lift the blockade.

Farmer leader Balbir Singh Rajewal declared the increase in cane prices by the state government as a "big victory" for farmers.

Congress MP Partap Singh Bajwa thanked the Amarinder Singh-led government for being proactive and taking this "revolutionary step" of hiking SAP for sugarcane.

"Sugarcane farmers in Punjab now receive the highest SAP across the nation. Cane growers in Punjab will now earn an additional Rs 300 crore," he said.

Bajwa who was present at the CM's meeting with the farmer leaders, said, "It is my hope that going forward the government will review the prices annually keeping in mind the rising costs of production. An incremental increase would ensure that sugarcane farming in the state is sustainable and aid in the crop diversification efforts of the government of Punjab."

Meanwhile, Punjab Congress chief Navjot Singh Sidhu in a tweet said, "Kudos to the Government for this hike in SAP for Sugarcane Farmers !! Now we have the highest SAP among the four states."

The state government had earlier revised sugarcane rates to Rs 325 for the early variety, Rs 315 for mid variety and Rs 310 per quintal for the late maturing variety.