The bills against farm laws were also backed by the Opposition SAD, AAP and Lok Insaaf MLAs. 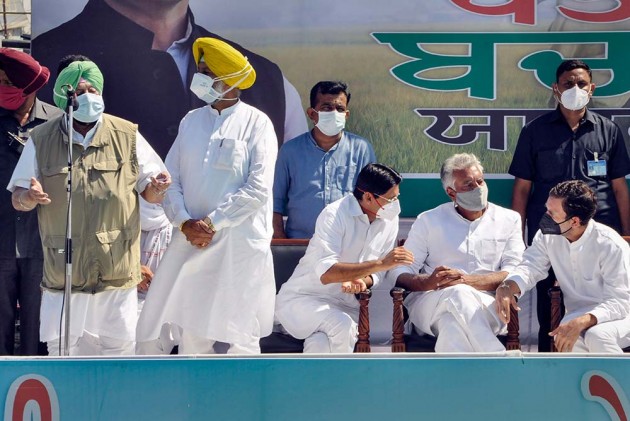 The Punjab Assembly on Tuesday unanimously passed four Bills and adopted a resolution against the Centre’s farm laws.

The Bills were passed after an over five-hour discussion, in which BJP MLAs did not take part. The BJP has two legislators in the assembly.

The state government's legislative counter provides for imprisonment of not less than three years and fine for sale or purchase of wheat or paddy under a farming agreement below the minimum support price.

The provisions exempt farmers from attachment of land up to 2.5 acres and provide for prevention of hoarding and black marketing of agricultural produce.

Earlier, Chief Amarinder Singh had urged all parties to unanimously pass his government’s “historic Bills” in the Vidhan Sabha.