Dreaded gangster Sheikh Hyder was killed in an ‘encounter’ while being shifted to Baripada circle jail from Choudwar jail in Odisha's Cuttack for ‘security reasons’, said police 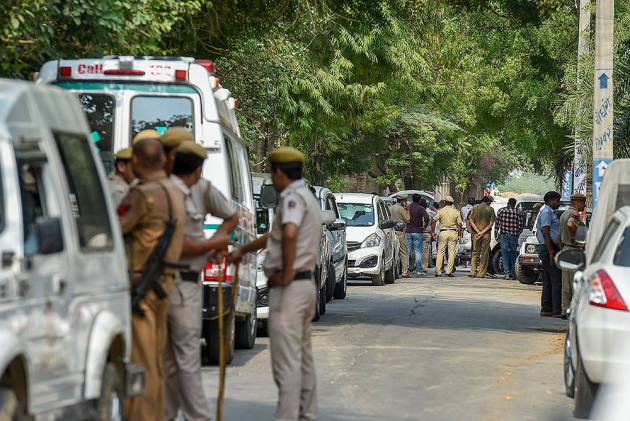 It had all the markings of a classic UP style ‘encounter’. Dreaded gangster being moved in a police van tries to snatch a policeman’s gun but is instead killed in police firing after refusing to surrender. But the circumstances leading up to the ‘encounter’ and death of feared gangster Sheikh Hyder leave enough room for suspicion that he was ‘eliminated’ in a clinical operation.

As per the official version, Hyder, while being shifted to the Baripada circle jail from the Choudwar jail in Cuttack for ‘security reasons’ on Saturday afternoon, asked the police party to stop near Simulia in Balasore district on National Highway No. 16 to pee at around 3.20 pm. “While alighting from the van, he tried to snatch the firearm of a policeman accompanying him. When he did not stop even after being warned repeatedly, the sub inspector had to fire at him. He was taken to the Balasore district hospital where he succumbed to his injuries,” said Soumendra Priyadarshi, Commissioner of Police, Bhubaneswar-Cuttack Twin City.

But those who have followed the modus operandi of Hyder closely over the years find it hard to believe that he would be foolish enough to attempt what the police say he did. He was being escorted by a police party consisting of eight men, including an inspector and a sub inspector, a havildar and five constables, all of them armed. He had far too many run ins with the police over the last three decades not to know that any effort to flee in those circumstances would be nothing short of suicidal, they point out. “He was being shifted in the first place because it was found that he was running his crime empire from Choudwar jail. So why would he do something so foolhardy? It defies logic,” said a retired police officer, who knows Hyder very well, requesting anonymity.

Significantly, Hyder had managed to give the police a slip while under treatment at the SCB Medical College and Hospital in Cuttack on April 10 this year. He was, of course, re-arrested from Sanga Reddy district in Telangana five days after his escape. But the investigation into his escape revealed the complicity of officials of the Sambalpur jail (from where he had been brought for treatment to Cuttack on March 23), the police party accompanying him from Sambalpur and possibly some hospital staff. Six policemen, including the Sambalpur jail warder, were suspended and two, including a member of the escort party, were arrested in the case. Observers wonder why a person who can pull off an escape like the one he did in April and continue with his criminal activities from jail would risk his life by trying to flee from police custody?

There are other questions too in the case that have remained unanswered so far. Why was Hyder taken to Balasore, which was nearly 50 kms from the place of the ‘encounter’ after being shot when the logical thing would have been to take him to the PHC at Simulia or to Soro, which is about 16 km from the encounter spot and has good medical facilities? The second important question is when exactly did Hyder succumb to his injuries? The Balasore ADMO told media persons that the gangster was brought to the hospital in a critical and gasping condition and died 4-5 minutes after reaching the hospital. It suggests that crucial minutes, which could have possibly saved Hyder, were lost in transit. If the ADMO is right, why was Hyder’s death announced only after 6 pm?

As expected, Hyder’s family members have refused to buy the ‘encounter’ theory and dubbed it ‘cold blooded murder’. Several human rights activists have also called for a high-level inquiry into the circumstances leading up to the encounter that killed Hyder. But there is little doubt that the people at large are mighty relieved that he has been eliminated and are not bothered about the circumstances. “It should have happened long back,” said Kshitish Biswal, a resident of Bhubaneswar, laconically.