In a brief statement in Lok Sabha, she said that over Rs 26,000 crore worth of contracts have been awarded and work amounting to Rs 73,000 crore are in the pipeline. 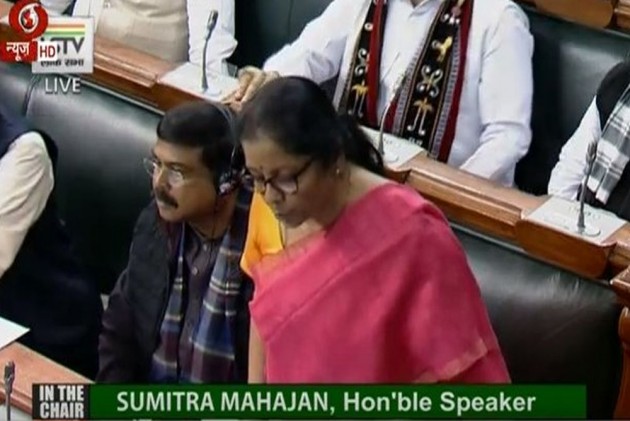 Defence Minister Nirmala Sitharaman on Monday termed the doubts raised by the Congress
over her statement on HAL contracts as "incorrect and misleading".

In a brief statement in Lok Sabha, she said that over Rs 26,000 crore worth of contracts have been awarded and work amounting to Rs 73,000 crore are in the pipeline.

Her statement comes amid a political furore over her statement in the House regarding orders placed with the defence public sector undertaking.

Bofors Brought Down Congress, Rafale Will Bring Modi Back: Sitharaman

Congress had on Sunday alleged that the Minister had "lied" in Parliament that government orders worth Rs one lakh  crore were provided to Hindustan Aeronautics Limited.

Sitharaman said in Lok Sabha, "I would like to set all doubts to rest... the doubts raised in this regard are incorrect and misleading."

Sitharaman, replying to a debate on the Rafale issue in Lok Sabha earlier on Friday, had said timely purchase of equipment is a priority, given its volatile neighbourhood.

Hitting out at the Congress, she said the party had stopped the deal when it was in power as it "didn't get the money" and ignored national security.