R-Day Violence: Accused Who Had Rs 50,000 Reward On His Head Gets Bail

A Delhi court on Thursday granted bail to 26-year-old Boota Singh, one of the accused in the violence that took place in Red Fort on Republic Day amid farmer protests this year. 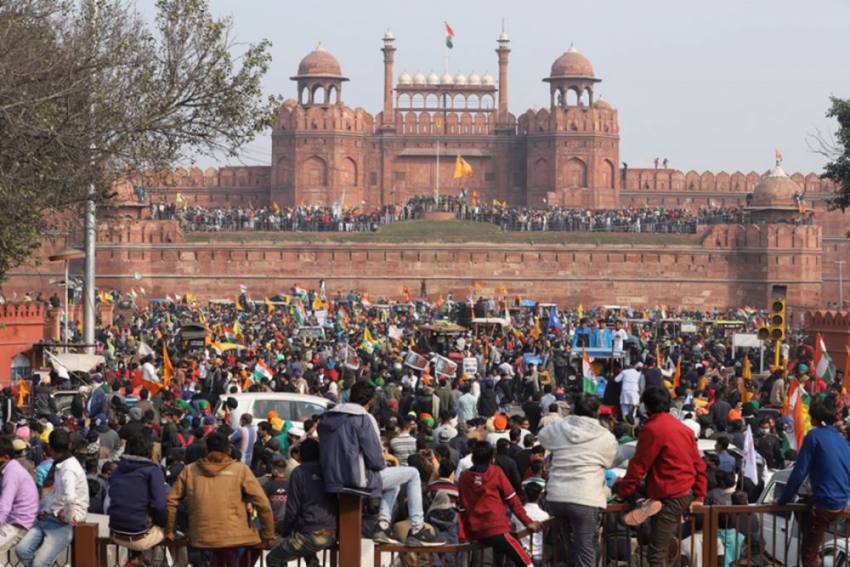 An accused who was allegedly involved in spreading violence and indulging in vandalism inside the Red Fort in the national capital on Republic Day has been granted bail by a court in Delhi.

On Thursday, Additional Sessions Judge Kamini Lau granted bail to 26-year-old Boota Singh, one of the accused in the Republic Day violence case amid farmer protests earlier in the year.  Singh allegedly played an active role in the farmers' agitation. The bail was granted after the court heard the contentions of both the prosecution and the accused's counsel.

A Delhi court on Thursday granted bail to a man who was allegedly involved in the violence and vandalism at the Red Fort during the farmers' protest rally on Republic Day this year.

Absconding for over five months, Singh had a reward of Rs 50,000 on his head and was arrested from Punjab's Tarn Taran region on June 30.

Singh was part of the riotous mob which attacked the police personnel, ransacked, sabotaged, and robbed the public property and the Red Fort on Republic day, according to Delhi Police.

The police secured his custody from the court for five days to take him to Tarn Taran for interrogation and ascertaining the source of funding of the alleged conspiracy.

On January 26, protesting farmers had clashed with police during the tractor rally against three farm laws and stormed into the Red Fort, hoisting religious flags on its domes and injuring scores of policemen.

Actor-activist Deep Sidhu is accused of being the key conspirator of the violence and is currently out on bail.

The court had recently taken cognizance of the charge sheet in the case and summoned all the accused on July 12.