According to police, Singh has disclosed to have been radicalised by seeing provoking Facebook posts of various groups. 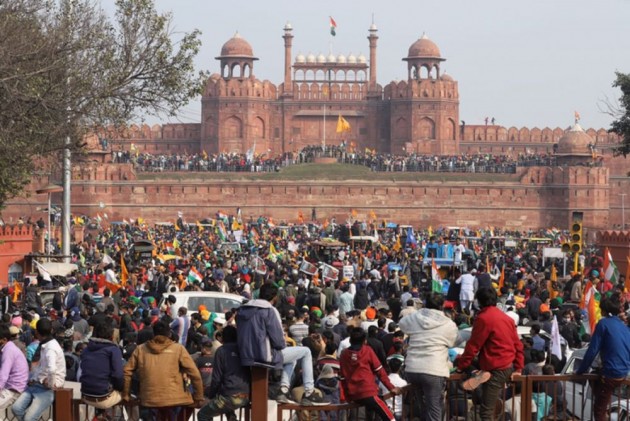 Delhi Police on Wednesday said that they have arrested a 30-year-old man allegedly for swinging swords during the tractor parade on Republic Day that "motivated" the protesters at the Red Fort during the violence.

Maninder Singh, who works as a car AC mechanic, was arrested around 7:45 pm on Tuesday near the C D block bus stop in Pitampura in northwest Delhi.

According to the police, the suspect runs a sword-training school in an empty plot near his house in Swaroop Nagar. He has "disclosed to have been radicalised by seeing provoking Facebook posts of various groups. He used to frequently visit Singhu Border and was highly motivated by speeches made by leaders there",

Thousands of those protesting against the centre’s three farm bills and calling for their repeal had clashed with the police during the tractor parade on January 26. Many of the protesters, driving tractors, reached the Red Fort and entered the monument. Some of them even hoisted religious flags on its domes and the flagstaff at the ramparts.

According to police, Singh had "motivated" six people of the neighbourhood. All six of them, riding upon bikes, had accompanied the tractor rally of farmers heading from Singhu border towards Mukarba Chowk on Republic Day.

Before joining the tractor parade, Maninder had kept two swords with him -- 'khandas' having a size of 4.3 feet -- that were used in swinging at Red Fort. The swords have accused recovered from his house, police said.

As per their plan, the suspect and with his five associates and other unknown armed miscreants entered the Red Fort and he did sword dance or swing.

"That sword dance had motivated violent protesters to cause more mayhem at Red Fort by indulging in all sorts of violence against public servants, including policemen on duty there, and causing damage to historical monument of Red Fort," Kushwah said.

A long video of him purportedly swinging swords at Red Fort on January 26 has been found in his mobile phone. Other photos of his presence at Singhu border are in his phone, police said, adding that an investigation was on.
With inputs from PTI