'There's no question of conspiracy. I (Sidhu) am a popular face, that's why this case. I was at the wrong place at the wrong time. I was there for peaceful protest,' said Deep Sidhu 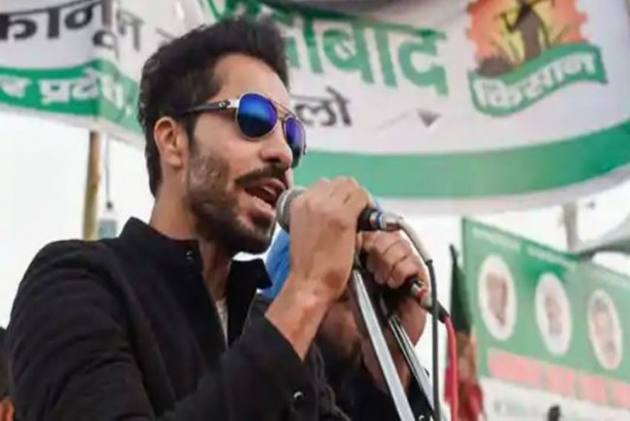 Actor-activist Deep Sindhu, who was arrested for his alleged role in the Red Fort violence on January 26, has through his lawyers told a Delhi court that “hoisting the flag” is not a crime and that he had made a “mistake” by hosting a Facebook live at the Red Fort.

He further stated that he did not instigate anyone to cause violence and was only exercising his 'fundamental right' to protest.

“There's no question of conspiracy. I (Sidhu) am a popular face, that's why this case. I was at the wrong place at the wrong time. I was there for peaceful protest.”

“Right to protest is a fundamental right, that's why I was there. Neither I indulged in violence, nor did I urge anyone to indulge in the violence,” Sidhu's counsel said.

Sidhu was arrested on February 9 in connection with the Red Fort violence on Republic Day during a farmers' tractor parade against the Centre's three new agri laws.

The counsel told the court that the protest was called by various farmers' union and that he did not urge anyone to go to the Red Fort.

“I (accused) am not a member of any farmers' union. No call was given by me for any tractor rally or to go to Red Fort. There is no evidence that I mobilised people.

“I came much later to the Red Fort. I was not present at any of the sites to break the barricade,” the counsel for the accused claimed.

The counsel claimed that the accused reached Red Fort only at 12 noon.

“Entire thing - mobile location, route etc. - have been verified. I have not indulged in a single act of violence. I left before the violence broke out,” he claimed.

The counsel told the court that Sidhu's implication was a classic case of trial by media and added that the accused left before the violence started.

He also said that the accused should be granted relief on the ground of parity since several other accused in the case has already been granted bail.

“I am the only bread earner in the family,” he said.

The prosecution opposed the bail application, alleging that the accused instigated others for violence.

“Hundreds of policemen were injured. Sword, sticks etc. were used. Protesters tried to crush policemen under tractors. All this started only after hoisting of 'Nishan Sahib' at the Red Fort, for which the accused had instigated. It was only to defame the country in the entire world that the accused persons went to Red Fort. In the name of fundamental rights they created violence,” the police said.

The court, however, asked the police to produce the evidence to show that the accused instigated the mob.

The court adjourned the matter for April 12 for further arguments and directed both the parties to file various documents, including transcripts of the videos cited by Delhi police as evidence.

The police had announced a cash reward of Rs one lakh for information leading to Sidhu's arrest.

After the January 26 violence that had leftover 500 security personnel injured and one protestor dead, Sidhu was posting videos on social media, police said.

"Sidhu was in contact with a woman friend who lives in California. He used to make videos and send them to her, and she used to upload them on his Facebook account," it said.

On January 26, thousands of protesting farmers who reached ITO from the Ghazipur border clashed with police, the agency claimed in its FIR registered in connection with the Red Fort violence, adding that many of them driving tractors reached the Red Fort and entered the monument, where a religious flag was also hoisted.

In the FIR, police said two magazines with 20 live cartridges were snatched from two constables by protestors who also damaged vehicles and robbed anti-riot gear.