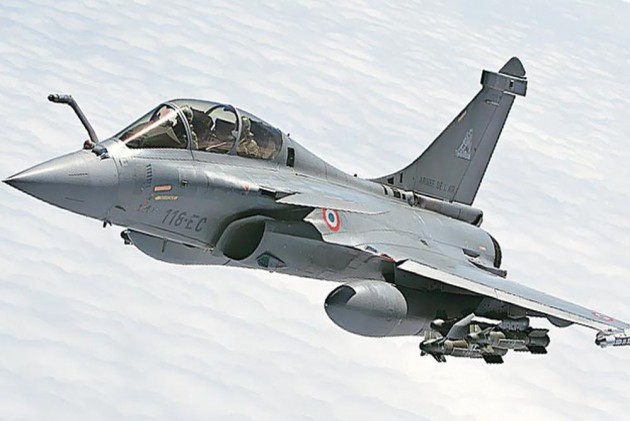 A bench headed by Chief Justice Ranjan Gogoi reserved verdict on a batch of petitions seeking review of its December 14 judgment last year which had dismissed the pleas challenging India's agreement with France to purchase 36 Rafale fighter jets.

Lawyer Prashant Bhushan, during the two-hour hearing, referred to various aspects including alleged suppression of material facts from the court and said that an FIR should have been lodged and a criminal investigation launched into the case.

He also referred to the documents relating to alleged parallel negotiations undertaken by the PMO and said that three members of the Indian Negotiation Team had objected to it.

He said that a prima facie cognisable offence has been committed and it warranted registration of the FIR.

Attorney General K K Venugopal, appearing for the Centre, objected to the review petition and said the basic grounds for seeking review of the verdict are the same as they were in the main petition.

The petitioners are seeking review of the judgment on the basis of secret "stolen documents".

Venugopal also referred to the secrecy clause of the inter-governmental agreement between India and France and said that this matter pertains to defence deals and not to the award of contract for construction of flyover or dams.

He sought dismissal of the review petitions.

In a rejoinder affidavit filed in the apex court, Sinha, Shourie and Bhushan had said that the December 14 verdict in the Rafale case should be reviewed as the judgement was obtained through "multiple falsehoods and suppression of material and relevant information".

It is clear that the government misled the court on various counts in the notes that were submitted in a sealed cover and has also suppressed material and relevant information from the court, the trio had said in their affidavit.

The Centre had said that the petitioners, in the garb of seeking review of the verdict and placing reliance on some press reports and incomplete internal file notings procured unauthorisedly and illegally, cannot seek to re-open the whole matter since scope of review petition is "extremely limited".

Along with the review plea, the petitioners had also filed an application in the apex court seeking perjury action against unknown government servants for allegedly misleading the court during Rafale case hearing.

The Centre had filed a reply affidavit Thursday in which it had said that the plea for perjury action was "completely misconceived" as media reports and reiterated its stand that some "incomplete internal file notings" cannot be the basis for review proceedings.

In the December 14, 2018 verdict, the apex court had said there was no occasion to doubt the decision-making process in the procurement of 36 Rafale fighter jets from France and dismissed all the petitions seeking an investigation into alleged irregularities in the Rs 58,000 crore deal.

The top court had said there was no substantial evidence of commercial favouritism to any private entity.