EXCLUSIVE | Probe Into Rafale Deal Will Be Objective, Not Vindictive, Says Rahul Gandhi

Congress president Rahul Gandhi said the Rafale deal is ‘seriously problematic” and it needs to be investigated. 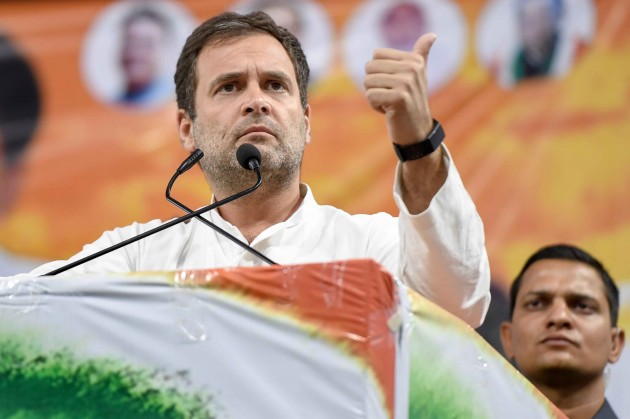 Congress president Rahul Gandhi said his party will do an “objective inquiry” into the Rafale deal if it comes to power.  “What we will do is an objective inquiry, not a vindictive one. It won’t be a witch-hunt,” Gandhi told Outlook in an exclusive interview.

He said the Rafale deal is ‘seriously problematic” and it needs to be investigated.

On being asked that when he talks about probing Rafale, does he mean probing industrialist Anil Ambani or will he probe PM Narendra Modi too, the Congress chief replied, “You don’t probe an individual, you find out if the law was broken. And if the law was broken, you take action against those who broke it.”

“Procedure was broken, the French President clearly says that he was told certain things by the Indian PM; Defence Ministry officials have raised serious objections in writing about the parallel negotiations been undertaken by the PMO and those objections have even been published in The Hindu. The Rafale deal is seriously problematic and it has to be investigated,’ he said.

Congress president has accused Modi of treason and claimed that he had acted as a middleman for Ambani in the Rafale deal. During his election campaigns, Gandhi has used the phrase “chowkidar chor hai (the watchman is thief)” to allege that Modi is corrupt.

Also Read | Had Modi Reshaped Himself, He Could Have Been A Great PM: Rahul Gandhi

In February, a report in English daily The Hindu had alleged that the Prime Minister’s Office had conducted “parallel investigations” with France in 2015 about the deal and the Defence Ministry raised strong objections to it.

Gandhi has repeatedly said that the Rafale deal will be probed and guilty will be punished if his party comes to power.

Also Read | BJP Won't Get More Than 10 Seats in UP, Says Rahul Gandhi