Both the parties took jibe each other, with BJP accusing the Congress leadership of corruption citing claims of a French media report on 'commissions' being paid during the UPA rule. 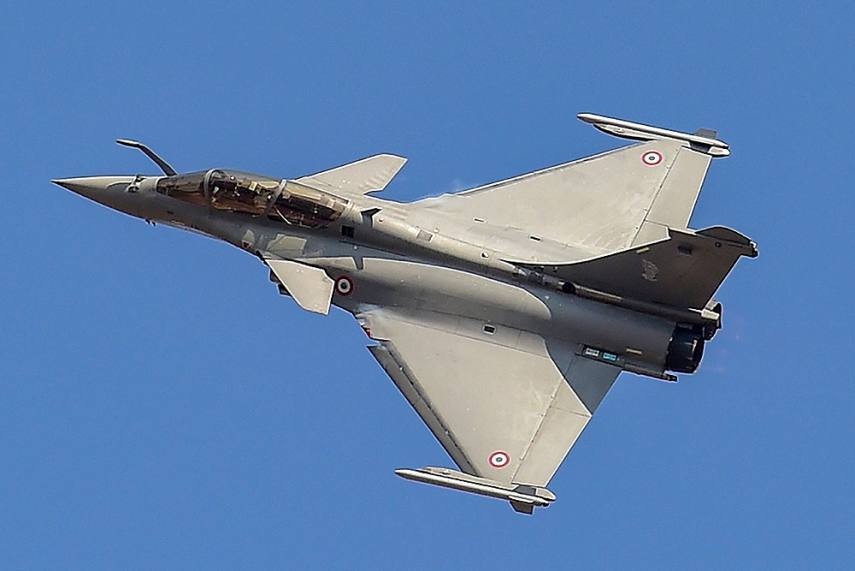 A fresh political storm has erupted over Rafale issue with BJP and Congress accusing each other of corruption and malpractices.

BJP accused Congress leadership of corruption citing claims of a French media report on "commissions" being paid during the UPA rule.

The BJP took a jibe at Congress terming it as "I Need Commission party”.

Hitting back, the Congress highlighted the report's claim of the CBI and the ED having information in 2018 related to the secret commissions paid by French aviation firm Dassault to a middleman to ask why the Modi government did not initiate an investigation and accused it of a cover-up.

The opposition party also renewed its demand of a probe by a Joint Parliamentary Committee and asked why the BJP was not asking for it.

BJP spokesperson Sambit Patra launched a scathing attack on Rahul Gandhi, who has consistently alleged corruption in the purchase of the fighter aircraft by the Modi government, accusing him of spreading "canard, disinformation and lies" and asked for his response on the French media report that claimed that commissions were paid between 2007 and 2012 for securing the Rafale deal with India.

Rahul Gandhi, however, chose to address his party colleagues through a tweet on the issue, asking them not to stop or be afraid of fighting against the "corrupt" central government.

"When the truth is with you in every step, then what is there to worry about? My Congress colleagues - keep fighting like this against the corrupt central government. Don't stop, don't get tired, don't be afraid," Gandhi said in a tweet in Hindi, using the hashtag "#RafaleScam".

Congress leader K C Venugopal said the only answer to the charges is to conduct a JPC inquiry into the Rafale issue.

"If kickbacks have been given, then there has to be an inquiry. Why are you running away from the inquiry? It is very clear that there is a need for a JPC inquiry for which we are asking the government," he said.

The Congress-led UPA was in power between 2004 and 2014, and the media report spurred the ruling BJP to launch an aggressive counter-attack on the main opposition party after confining itself mostly to dismiss the allegations of corruption in the deal.

Corruption's address has been 10 Janpath, Patra alleged, referring to the residence of Congress president Sonia Gandhi, and claimed that it as become "homeless" after the BJP came to power.

The Modi government had inked the deal on September 23, 2016, to procure 36 Rafale jets from Dassault Aviation after a nearly seven-year exercise to procure 126 Medium Multi-Role Combat Aircraft (MMRCA) for the Indian Air Force did not fructify during the UPA regime.

Lashing out at the Congress, Patra alleged that it was clearly the dissatisfaction of the Congress and the Gandhi family that was the main reason behind the negotiations falling through during the UPA government.

The Mediapart story says that "corruption, influence-peddling and favouritism" marked the deal during the UPA government, he noted and said, "It will not be an exaggeration to say that the INC be renamed as 'I Need Commission'.

"Sonia Gandhi, Rahul Gandhi, Priyanka Gandhi Vadra, Robert Vadra…. all say that I need commission," Patra said, and accused them of breaking all "records of corruption".

According to Mediapart's investigation, Dassault Aviation paid kickbacks to the tune of 7.5 million euros to an intermediary in Mauritius between 2007 and 2012.

Rahul Gandhi should respond to this from Italy, Patra said, citing reports that the Congress leader is currently not in India.

The UPA government had a deal within every deal, he alleged.

The Congress has in past said that the allegations of corruption by the BJP against its ruling family and its members were driven by vendetta.

On the Congress' contention as to why the government has not probed the matter, Patra noted that the alleged middleman was earlier arrested by Enforcement Directorate in a corruption case and said probe agencies must be looking into the matter.

The BJP spokesperson said the alleged middleman Sushen Mohan Gupta, whose name has cropped up in the Rafale case, was also accused of pocketing commission in the purchase of VVIP choppers.

However, Congress spokesperson Pawan Khera noted that his party has been seeking a Joint Parliamentary Committee (JPC) probe into the deal and asked as to why the government has not agreed to this.

Khera claimed that on October 4, 2018, two former BJP Union ministers Yashwant Sinha and Arun Shourie and a senior lawyer submitted a complaint to the director of the CBI citing massive corruption in the Rafale deal.

But, on October 23, 2018, CBI Director Alok Verma was removed in a "midnight coup", Khera said, alleging that this was part of a concerted conspiracy to bury the Rafale ghost through the CBI.

He asked why the "deletion" of anti-corruption clauses was "approved by the prime minister' despite the defence ministry's insistence on including it in the inter-governmental agreement in July 2015.

"The 'operation cover-up' by the Modi government to bury the melting pot of corruption, kickbacks and collusion in Rafale deal is once again exposed," the Congress spokesperson alleged. (With PTI inputs)