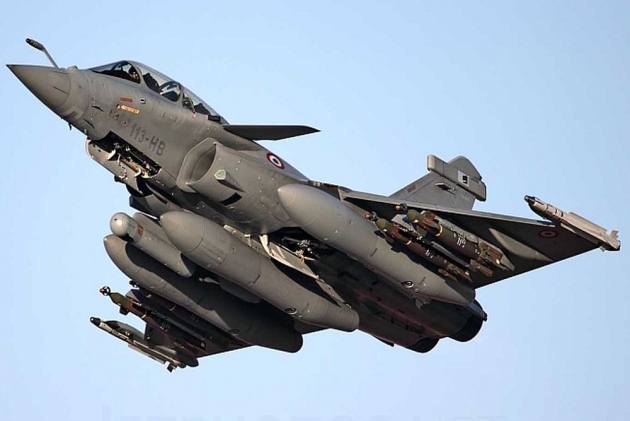 The Supreme Court, on Wednesday, dismissed the Centre’s objections against relying on “privileged documents” while admitting a batch of petitions that have sought a review of its earlier judgment that had rejected prayers for a court-monitored probe into alleged irregularities in the Rafale deal.

Much has been written and spoken about the political and legal setback that the verdict, delivered a day before polling for the first phase of the Lok Sabha elections, may have on the Bharatiya Janata Party (BJP) or how it bolsters the Opposition, in particular, the Congress party’s, tirade against Prime Minister Narendra Modi on La Affaire Rafale. Curiously though, an important facet of the judgment seems to have gone largely unnoticed in the media even though it affects the Press directly.

The three-judge bench of Chief Justice Ranjan Gogoi and Justices Sanjay Kishan Kaul and KM Joseph delivered two sets of concurring verdicts – the first authored by the Chief Justice with the concurrence of Justice Kaul and the second concurring opinion being delivered by Justice Joseph.

It is Justice Joseph’s concurring order that comes as a strident endorsement of the Freedom of Press on which, during the course of arguments over the admissibility of leaked confidential documents, the Centre had sought to put restrains. The order also makes a strong case for “fearless” and “unbiased” reporting.

It may be recalled that the documents that the court has now allowed to be admitted along with the review petitions and be relied upon by the petitioners while arguing their case were first published by The Hindu and then widely reproduced by other media houses. Attorney General KK Venugopal, while arguing on behalf of the Centre, had accused The Hindu and the petitioners of theft – though in a volte-face 24 hours later he claimed to have never said that the documents were stolen – and even suggested initiation of penal proceedings against the newspaper. In light of these developments that had occurred during the proceedings in the case, Justice Joseph’s concurring order assumes great significance.

He adds: “the Press, including the visual media cannot be biased and yet be free. Bias ordinarily implies a pre-disposition towards ideas or persons, both expressions to be comprehended in the broadest terms. It may stem from personal, political or financial considerations. Transmitting biased information, betrays absence of true freedom. It is, in fact, a wholly unjustifiable onslaught on the vital right of the people to truthful information under Article 19(1)(a) which, in turn, is the bedrock of many other rights of the citizens also.”

At a time when sections of Indian media have repeatedly been targeted or criticised either for being “pliant” or “sold-out” to one political party or the other, Justice Joseph drives home an important point. “Right of the Press in India is no higher than the right of the citizens under Article 19(1)(a)… If freedom is enjoyed by the Press without a deep sense of responsibility, it can weaken democracy. In some sections, there appears to be a disturbing trend of bias. Controlling business interests and political allegiances appear to erode the duty of dispassionate and impartial purveying of information,” he says.

Justice Joseph also notes that though the documents published by The Hindu “have not been “officially obtained”, the Centre has, through the course of the proceedings “not questioned” the correctness of the revelations.

Concurring with the order given by the Chief Justice on the relevancy of the leaked documents to the extant case and whether, despite being unofficially obtained, they can be admitted as evidence, Justice Joseph says: “The request of the respondents (the Centre) is to remove the documents from the record… In regard to documents which are improperly obtained and which are subject to a claim for privilege, undoubtedly the ordinary rule of relevancy alone may not suffice as larger public interest may warrant in a given case refusing to legitimise what is forbidden on grounds of overriding public interest.”