Home  »  Website  »  National  »  I Will Not Leave Amethi. It's My Home, Family: Rahul Gandhi On His First Visit Post Loss

I Will Not Leave Amethi. It's My Home, Family: Rahul Gandhi On His First Visit Post Loss

Rahul Gandhi attributed his loss to local leaders staying away from the people, assured them that he will not abandon them 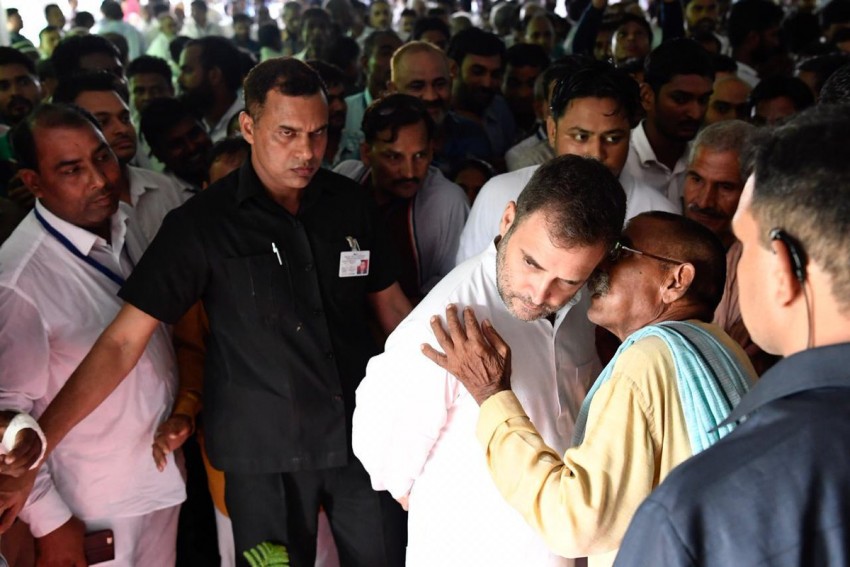 Rahul Gandhi with workers of Congress party, in Amethi.
Courtesy: Twitter/ANI
Outlook Web Bureau 2019-07-10T17:13:48+05:30 I Will Not Leave Amethi. It's My Home, Family: Rahul Gandhi On His First Visit Post Loss 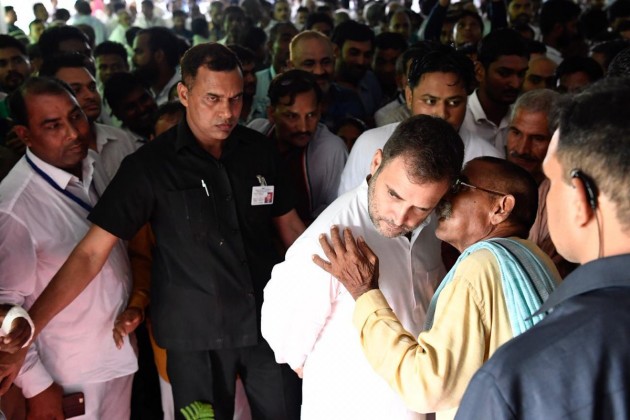 Congress Leader Rahul Gandhi visited Amethi constituency on Wednesday, for the first time after registering a defeat, from what has long been considered as his traditional party stronghold.

During Lok Sabha elections, Gandhi lost his former parliamentary seat, when BJP leader Smriti Irani defeated him by over 52,000 votes.

The loss was a major setback for Gandhi who had managed to retain the seat in previous three general elections in 2004, 2009 and 2014. Prior to that, the seat was held by his mother Sonia Gandhi who won it in 1999. His father Rajeev Gandhi, and his uncle Sanjay Gandhi had also won the seat before that.

Rahul Gandhi said that the loss was mainly due to the fact that local leaders failed to engage with the populace, however, he assured that he will not abandon his "home" Amethi.

"I will not leave Amethi. It is my home and family," former state Youth Congress chief Nadeem Ashraf Jayasi quoted Gandhi as saying at a meeting.

"The development of Amethi will not be hampered. I am the MP from Wayanad but my ties with Amethi are three decades old. I will fight for Amethi in Delhi," Gandhi reportedly told party workers.

Even as District Congress committee member Narendra Mishra said Gandhi appreciated the hard work by party workers, many said that the Congress was weak in the entire district and the party campaign lacked direction. They even alleged that some party men worked with the BJP in the constituency.

The issue of Rahul Gandhi's resignation as the party president also cropped up during the meet, where party workers again unanimously demanded that Gandhi should reconsider his exit from the post.

Gandhi then left for two villages in Chhatoh block on the way to Lucknow, from where he flew back to Delhi.

On reaching Amethi, the Congress leader first visited the Gauriganj house of his party's Tiloi assembly in-charge Mata Prasad Vaish to offer condolences over the death of a relative on June 25.

VIDEO: Suspended BJP MLA Dances With Guns In Hands, Asks 'If It's A Crime...'