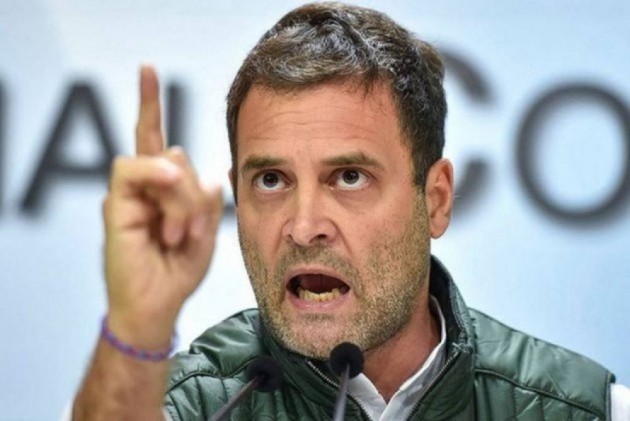 Hours after he issued his final statement in the capacity of the Congress party President, Rahul Gandhi on Wednesday changed his Twitter bio, which now says, "This is the official account of Rahul Gandhi | Member of the Indian National Congress| Member of Parliament."

A screenshot showing Rahul Gandhi's Twitter bio and his last tweet in the capacity of Congress President.

Earlier, the Gandhi scion said that accountability was critical to the future growth of the Congress and therefore he was resigning after taking full responsibility for the party's loss in the recently concluded Lok Sabha polls.

"As President of the Congress Party, I am responsible for the loss of the 2019 elections. Accountability is critical for the future growth of our party. It is for this reason that I have resigned as Congress President," he wrote in his statement.

Congress must radically transform itself. It is the party's duty to defend people's voices that BJP is crushing," he said

Gandhi said, "It is an honour for me to serve the Congress Party, whose values and ideals have served as the lifeblood of our beautiful nation.

"I owe the country and my organisation a debt of tremendous gratitude and love," he said.

Gandhi targetted the ruling Bharatiya Janata Party (BJP) and RSS in his statement, saying even though he didn't have any anger or hate towards the BJP, "every living cell in my body instinctively resists their idea of India."

"The stated objective of the RSS, the capture of the country's institutional structure, is now complete. Our democracy has been fundamentally weakened," he said, adding that there is a real danger that from now on the election will go from "determinant of India's future to a mere ritual."

"The attack on our country and cherished Constitution that is taking place is designed to destroy the social fabric of the nation," he said, adding, he was in "no way or shape stepping back from this fight."