The video seemed to have been shot during his Tamil Nadu visit when Gandhi toured the western parts and held election meetings last week. 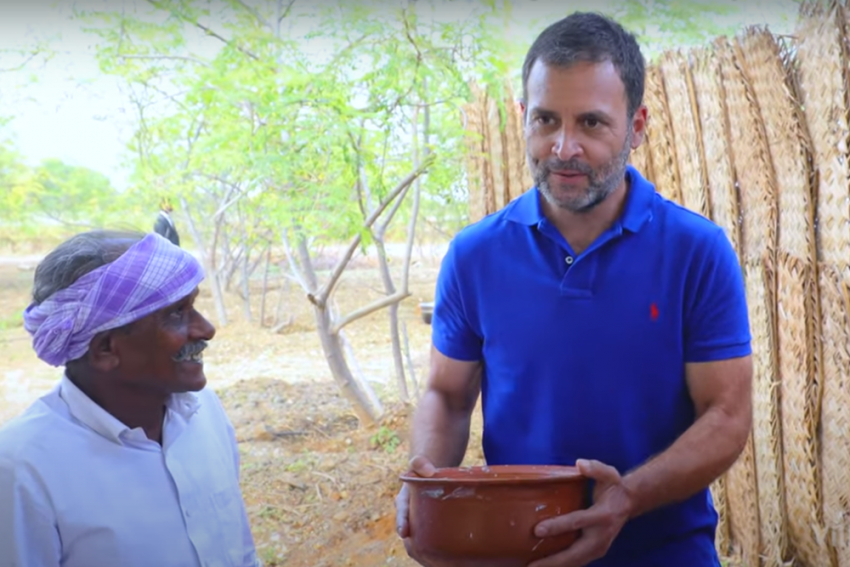 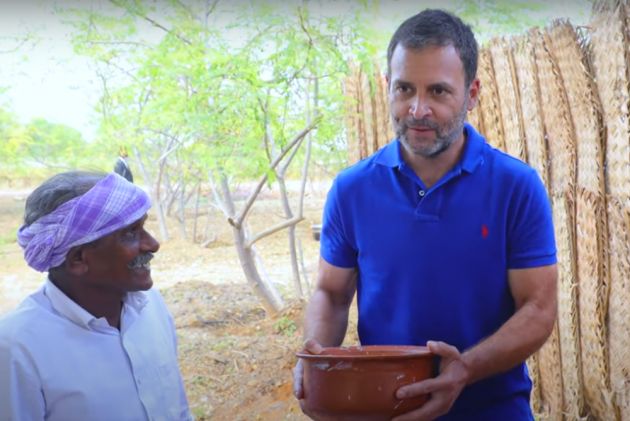 The video, showing the Congress MP sharing the meal, besides preparing onion raitha, the ubiquitous Tamil Nadu side dish that matches any type of biryani, last garnered over 31.24 lakh views on the social media platform.

The video seemed to have been shot during his Tamil Nadu visit when Gandhi toured the western parts and held election meetings last week.

Describing the ingredients that go into the making of a raitha, like onion and curd by their Tamil names, "Vengayam" and "thayir", Gandhi is seen mixing them and tasting it and apparently is satisfied with his culinary skills.

Later, in his pre-meal chat, he lauds the group and asks them what they want to do when one of them is seen saying he wants to go to the US, to which Gandhi replies he can try to organise it through "good friend" Sam Pitroda.

Later, the Congress leader and the others are seen enjoying the spicy mushroom biryani, in true Tamil style where the food is served on plantain leaf and all of them are seated on the ground.

During the meal the Congress leader lauded the makers, saying the food was "romba nalla irukku" (it is very nice, in Tamil) even as he is seen enquiring what other delicacies they can cook.

"I enjoyed the food very much.. excellent Tamil food, super," he said and wished the group before leaving.