Rahul Gandhi Is Liked By Pakistan, He Cares Little For Tricolour: Smriti Irani

Union minister Smriti Irani’s criticism came hours after the Congress leader hit out at Islamabad for instigating violence in Jammu and Kashmir, his remarks being seen by the Opposition as a damage control exercise following reports that Pakistan had cited him in a petition to the United Nations. 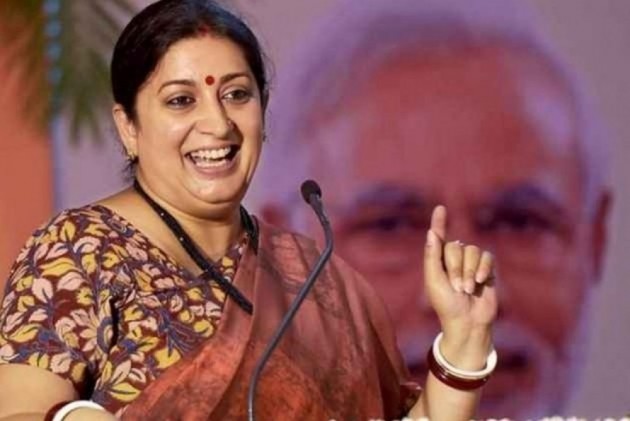 Union minister Smriti Irani on Wednesday slammed Congress leader Rahul Gandhi over his remarks on Jammu and Kashmir, claiming he cared little for the tricolour and is liked by Pakistan.

Irani’s criticism came hours after the Congress leader hit out at Islamabad for instigating violence in Jammu and Kashmir, his remarks being seen by the Opposition as a damage control exercise following reports that Pakistan had cited him in a petition to the United Nations.

"It is not for the first time that Pakistan is finding support from Rahul Gandhi,” the women and child development minister said during a visit to the constituency she wrested from the Congress leader in the recent Lok Sabha elections.

“It is a misfortune of the country that there is a leader in India who thinks less of the tricolour and values it little, and is liked more by the enemy country," she said.

Uttar Pradesh minister Keshav Prasad Maurya also criticised the former Congress president over his earlier remarks, and said his own state alone was enough to take on Pakistan.

Referring to the debate in Parliament when the government decided to abrogate the special status for Jammu and Kashmir, Irani said the people were “stunned” by the remarks by some Congress members when Home Minister Amit Shah spoke about one tricolour and one Constitution for the entire country.

She claimed that these voices, which followed “hints and directions” from Gandhi, reflected the Congress “mentality of dividing India”.

Reminded about the most recent remarks by Gandhi over Pakistan’s role in violence in Kashmir, she said, “When you speak in Parliament, it has its own constitutional dignity.”

Irani said she wanted the Congress to realise that Jammu and Kashmir and Ladakh are an integral part of India, and the citizens there wanted development to reach every household “under the leadership of Prime Minister Narendra Modi".

"It would be better for the country if Rahul Gandhi does not ignite the fire of separatism," she said.

Irani was in Amethi on a one-day visit, during which 72 health centres were dedicated to the people. She said something like this had never happened before in the constituency, once considered a Gandhi bastion.

She added that road projects worth Rs 90 crore were also announced on Wednesday, and claimed that the pace of development in Amethi has picked up in the three months since the elections.

"We condemn Rahul Gandhi for the language that he is using," he said.

"It might be an exaggeration on my part to say this but UP alone is enough to take on Pakistan," Maurya said.