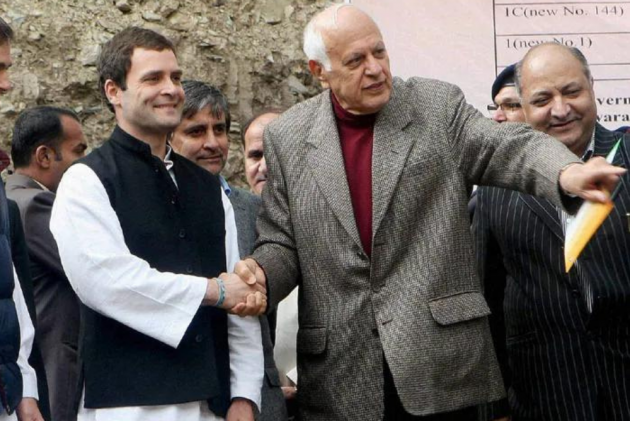 Congress leader and Member Parliament, Rahul Gandhi, who arrived in Jammu and Kashmir on Monday for a two-day visit, had dinner with former J&K Chief Minister Dr Farooq Abdullah on Monday evening.

Earlier Mir had said Gandhi would be meeting the People’s Alliance for Gupkar Declaration leaders on Tuesday evening at a formal dinner. However, the programme has been cancelled as the Congress leader would now be leaving for Delhi on Tuesday afternoon instead. Mir said Gandhi will inaugurate the party's Jammu and Kashmir headquarters at the Moulana Azad Road Srinagar in Lal Chowk. He would also address Congress workers at the inaugural function of the Congress Bhawan.

This is Rahul Gandhi’s first visit to Jammu and Kashmir after the abrogation of Articles 370 and 35A on August 5, 2019.

Following the abrogation of Article 370 and complete communication blackout on Jammu and Kashmir, Gandhi tried to visit Kashmir to access the situation. However, he was sent back from Srinagar Airport to Delhi along with other leaders including Ghulam Nabi Azad.