The man with indomitable spirit and political inning spreading 60 years, Raja Sahib— he is fondly called, had admirers cutting across the party lines. 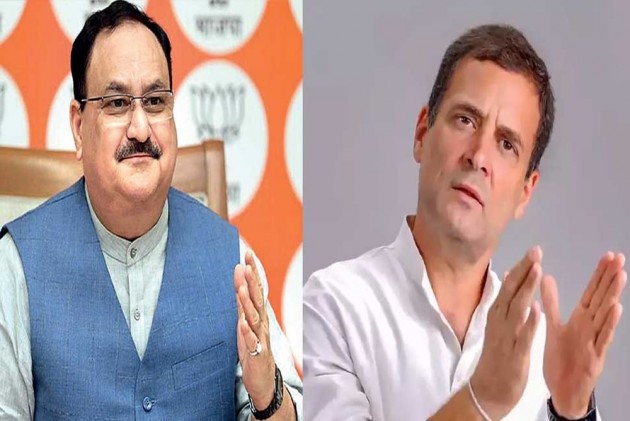 Six-time Chief Minister of Himachal Pradesh and one of the tallest Congress leaders in the country, Virbhadra Singh had died at 87 fighting a battle with his multiple ailments post-Covid complications.

The man with indomitable spirit and political inning spreading 60 years, Raja Sahib— he is fondly called, had admirers cutting across the party lines.

Thus, for the past 24-hours, Holly-Lodge, his private bungalow where mortal remains are kept for the peoples and VVIPs to pay their tributes, has got flooded with people, many arriving from Delhi, Punjab, Haryana, Rajasthan, UP, and Madhya Pradesh.

“Today, we have a very long list of VIPs coming from different parts of the country thus have made foolproof security and other arrangements at Shimla for the mobility of the dignitaries,” said Director General of police Sanjay Kundu.

The mortal remains of Virbhadra Singh will be kept at the Ridge---a sprawling iconic place in the heart of the town for “public darshan” from 9 am to 11.30 am and enable dignitaries to pay their last respect.

BJP National President J P Nadda will arrive early in the morning and will go straight to the Ridge to pay his floral tributes to the towering political figure of Himachal Pradesh.

“Contribution of Virbhadra Singh to the development of the state and its people are extremely outstanding and perhaps historic. He was a fighter, bold leader but had a soft heart and compassion. His connection with the masses was magical” said Nadda.

Nadda had visited the IGMC hospital on July 5 when he changed his 0scheduled visit to Himachal Pradesh but because of Virbhadra Singh’s critical condition, he could not meet him.

“Rahul Gandhi, who will fly to Chandigarh will take a road journey to Shimla to pay tributes to Virbhadra Singh at the state Congress office,” Rajiv Bhawan -- the party's working committee member Rajeev Shukla said.

Chhattisgarh Chief Minister Bhupesh Baghel and Chhattisgarh health minister T S Singh Deo (who is also the nephew of Virbhadra Singh) will arrive on the day.

The body will be taken to Rampur by road at 1 pm and it is scheduled to reach Padam Palace there at 6 pm, said Jaswant Chejta, a family spokesperson said.

On Saturday, the body will be kept at Padam Palace from 8 am to 2 pm before the funeral, he added.