The meeting comes ahead of a Supreme Court hearing on Chidambaram's bail application in the INX Media corruption case. 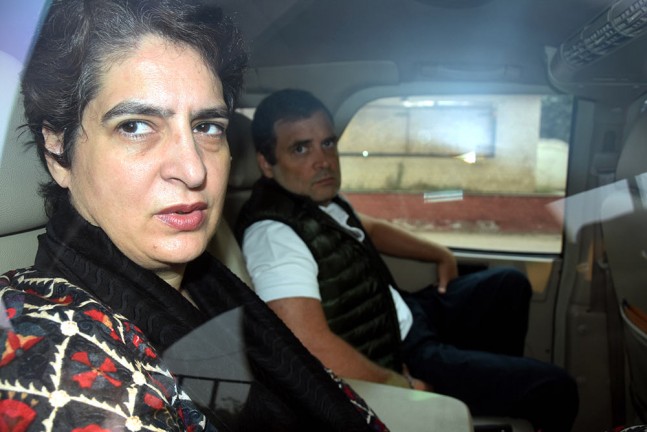 The meeting comes ahead of a Supreme Court hearing on Chidambaram's bail application in the INX Media corruption case.

The senior Congress leader was first arrested by the Central Bureau of Investigation (CBI) on August 21 in the INX Media corruption case and was granted bail by the Supreme Court on October 22. He was arrested by the Enforcement Directorate in the money laundering case on October 16 and is in judicial custody till November 27 under the order of a trial court.

"It's been 99 days today. It's rather unfair that one needs to be kept in custody for 99 days only as a remand. He is not even an undertrial but on remand. The system is unfair. I hope we will get justice in the Supreme Court and he will back home soon," said Karti Chidambaram, who was also present during the meeting that lasted for close to 50 minutes.

Karti Chidambaram said with the visit of Priyanka Gandhi and Rahul Gandhi, it is clear that the Congress party is with him.

"We are particularly pleased that both Rahul Gandhi and Priyanka Gandhi Vadra came and met him. This sends a very powerful signal that the Congress party is completely with my father and this exercise where he is facing the onslaught and wrath of the state in a pure political vendetta case," he said.