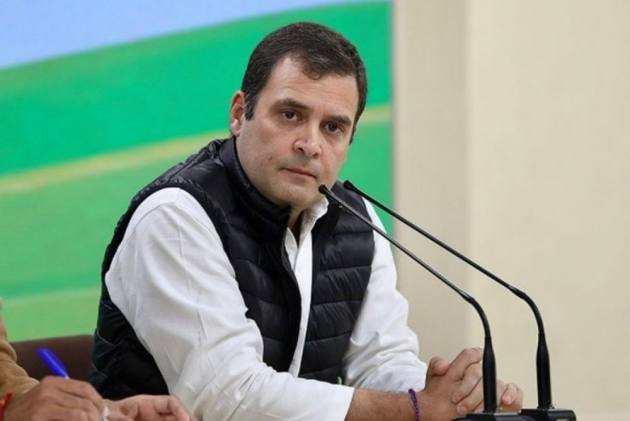 The BJP has asked Rahul Gandhi to submit his phone for investigation if he believes it was tapped. It also asserted that no one's phone has been tapped illegally by the Modi government.

Amid a row over the suspected Pegasus snooping, Gandhi had said earlier that all his phones were tapped.  "Prime Minister Narendra Modi and Home Minister Amit Shah allegedly used the Pegasus spyware against India and its institutions, and "the only word for this is treason", Gandhi charged.

BJP spokesperson Rajyavardhan Rathore told reporters that the Congress is determined to stall Parliament for one reason or another after being rejected twice by people in Lok Sabha polls of 2014 and 2019.

Rathore said everybody has the right to what they want in a democracy.

Gandhi should submit his phone to probe agency, and investigation will take place as per the Indian Penal Code (IPC), he said.

The Congress cannot accept the country's development and has been stalling Parliament's functioning often one one pretext or another, he alleged.