Rahul Gandhi To Visit Amethi On July 10, Will CWC Meet In His Absence?

Post the Lok Sabha debacle, this will be Rahul Gandhi's first visit to Amethi where he is expected to meet party workers and stay for another day to interact with local Congress leaders. 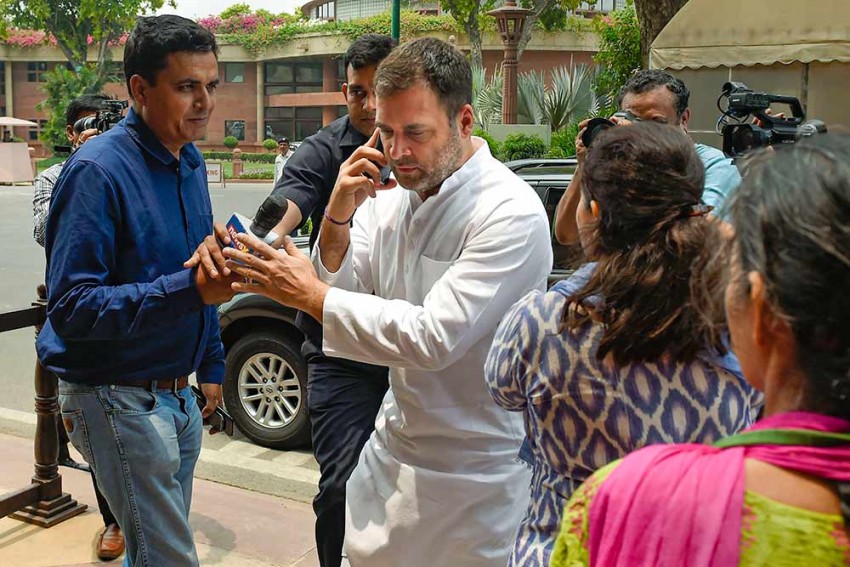 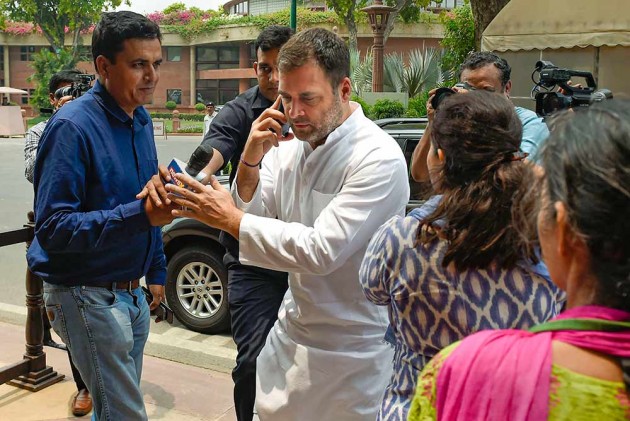 Days after he shared his resignation letter on Twitter, making it clear that was not going to helm the Congress anymore, Rahul Gandhi is scheduled to visit Amethi on July 10. Gandhi had lost to BJP's Smriti Irani on his home turf in the recently concluded Lok Sabha polls.

Post the Lok Sabha debacle, this will be his first visit to Amethi where he is expected to meet party workers and stay for another day to interact with local Congress leaders. Gandhi’s sister and AICC general secretary Priyanka Gandhi Vadra is also likely to accompany him.

Last month, Gandhi had undertaken a three-day tour to Wayanad in Kerala from where he had successfully contested the Lok Sabha polls. The decision had raised some eyebrows within the party because many leaders, especially from Uttar Pradesh, felt that a visit to Amethi would have better signalled Rahul’s desire to carry on his fight against the BJP since this was a family seat that had now chosen saffron.

With the Gandhi scion adamant on quitting, Congress has now been without an active president since May 25. Immediately after he issued the four-page statement on July 3 justifying his resignation and imploring others in his party to own up responsibility for the poll loss, the Congress had said that the party’s working committee will once again ask Rahul to stay put and to chart a future political course.

The meeting of the Congress Working Committee (CWC), it has been rumoured, was being planned for July 10. However, with Rahul and Priyanka in Amethi, and their mother Sonia Gandhi also expected to be out of the country, it remains to be seen if the CWC will still meet on July 10.

Sources say the Sonia-Rahul-Priyanka troika does not wish to be part of the discussions – at least physically – of the CWC on electing a new Congress president. Gandhi has himself asserted more than once that he has “empowered” his party colleagues to find his replacement and that he “will not be involved” with the process of choosing the next Congress chief. Sonia and Priyanka, sources say, have endorsed Gandhi’s stand of staying away from the discussion.

A senior party functionary told Outlook that the Gandhis have “unequivocally” told party veterans that the stalemate on naming the next Congress chief cannot go on indefinitely, particularly in the view of the crisis that the party is facing in several states where its members are ready to jump ships at the earliest opportunity.

“In Karnataka, our coalition government is on life-support. If the BJP succeeds in toppling it, there is every chance that it will carry out similar coups in Madhya Pradesh and Rajasthan where our governments do not have a clear majority. Then there are poll-bound states like Maharashtra, Haryana and Jharkhand where the BJP is ready to poach many of our senior leaders. The continuing uncertainty on Rahul’s successor has already caused much anxiety within our ranks. We have been unable to strategise. The organisation has gone into a coma. This needs to end and we need to hit the streets across the country to show that the party isn’t dead,” a Congress veteran close to the Gandhi family told Outlook.

Over the weekend, Punjab chief minister Amarinder Singh urged the party to elect a young leader as Rahul’s replacement. Singh’s public statement coincided with two Rahul confidantes – Jyotiraditya Scindia and Milind Deora – resigning from the posts they held. Deora went a step forward and claimed he wanted to play a national role. The resignations of Scindia and Deora, seen with Singh’s statement, assume significance as they also bring out, once again, the faultlines within the Grand Old Party between its Old and New Guard.

Singh is the only Congress chief minister who survived the Modi wave in May, delivering eight of the state’s 13 Lok Sabha seats to the party. He can, thus, afford to push for a radical transformation of the party because he knows that his own position will not be compromised.

Scindia has lost his family seat of Guna and failed to impress as the general secretary in-charge of western UP, but he still wants to be made the party’s state unit chief in MP. Deora, too, lost badly from his South Mumbai seat and his brief steering of the Mumbai Congress unit failed to unite factional leaders while the party lost in all six constituencies that it contested in the country’s financial capital. By taking responsibility for the poll rout and resigning, Scindia and Deora have little to lose but their move could endear them to the Gandhi family further because they ducked the party trend of “holding on to power” which Rahul has publicly criticized.

The CWC, whenever it meets, will have no dearth of tricky political matters to navigate. For starters, it needs to find Rahul’s replacement – a daunting task which will require a fine balancing act between the egos of the old guard and the ambitions of the young Turks. CWC members will also have to decide the blueprint of the “radical transformation” of the party that Rahul has called for and factor in the slew of resignations that have hit the party over the past fortnight. The strategy of saving its government in Karnataka; ensuring that a similar crisis doesn’t hit Kamal Nath and Ashok Gehlot and retaining the few electoral warhorses that have not yet abandoned the Congress for the BJP are all matters that the CWC will need to discuss. Then there are also the upcoming assembly polls in Maharashtra, Jharkhand and Haryana. Will these crucial matters be discussed in the absence of the Gandhis?