Rahul Gandhi Will Win Hands Down From Wayanad, Says His Opponent's Father

Tushar Vellapally is the chairperson of the BDJS, the second biggest ally of the BJP-led NDA, who besides CPI leader P.P. Suneer is in the fray from Wayanad, where Congress president Rahul Gandhi is also contesting from 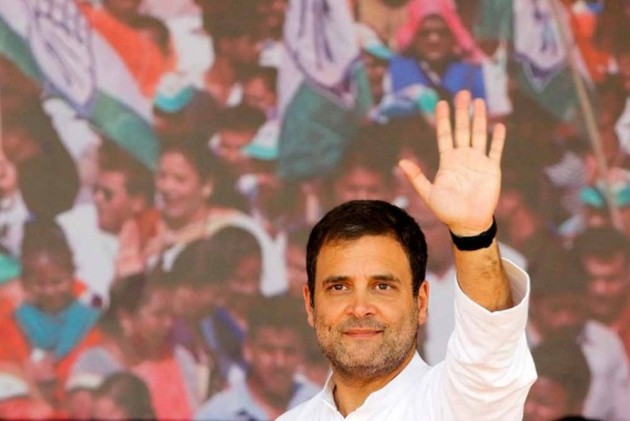 A social group's leader in Kerala whose son is in the fray against Congress President from the Wayanad seat, on Tuesday said he is confident that Rahul Gandhi will win.

Given the minority population in the constituency, SNDP Yogam's Vellapally Natesan is confident that Gandhi will win hands down and his son Tushar Vellapally who was a late entrant to Wayanad seat will lose.

With 45.67 per cent of polling registered in six hours, and a steady flow of voters queuing up outside poll booths in the most important seat in the state, the SNDP General Secretary told IANS: "All knows that Gandhi came here as there will be a huge minority consolidation and will work hugely to his advantage.

"Moreover it's become a prestige electoral battle more for the Congress-led UDF and they will ensure he gets the highest margin of victory."

"However, the UDF will be having a tough time, the day Gandhi announces that he will retain Amethi and not Wayanad. Then it's going to be a tough time for the Congress party here in Kerala," said Natesan.

Tushar Vellapally is the chairperson of the BDJS, the second biggest ally of the BJP-led NDA, who besides CPI leader P.P. Suneer is in the fray from Wayanad.

Soon Tushar Vellapally packed his bags from Thrissur and arrived in Wayanad.

Leader of Opposition and senior Congress leader Ramesh Chennithala said ever since Gandhi announced that he would contest from Wayanad there has been a huge Rahul wave all across Kerala.

"On account of this it will be a clean sweep for us in Kerala winning all the 20 seats," Chennithala claimed.