The tractor rallies, which have been named as 'Kheti Bachao Yatra', will cover more than 50 km over three days in various districts and constituencies. 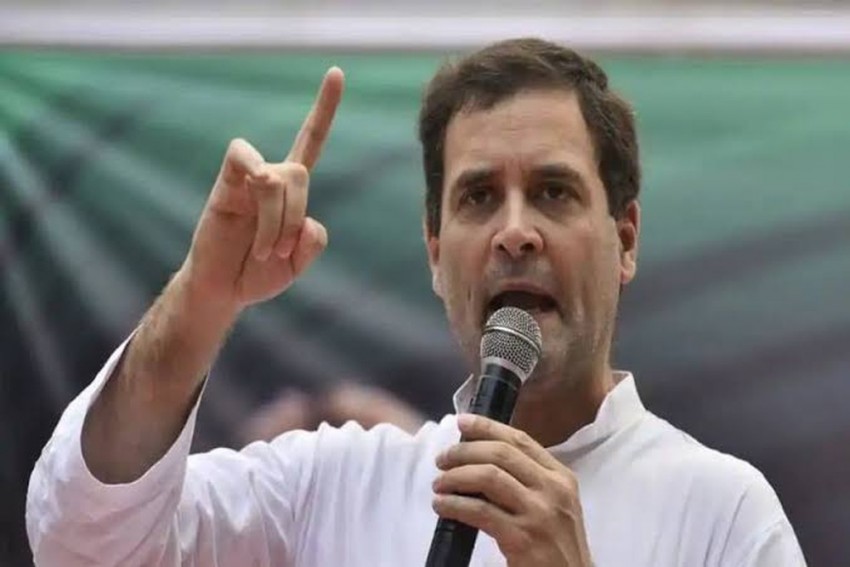 Congress leader Rahul Gandhi began his three-day tractor rallies in Punjab to protest the farm laws recently cleared by Parliament after his visit to the state to extend support to protesting farmers was delayed by a day as he visited the family of Hathras gang-rape victim on Saturday.

Rahul Gandhi hit out at the Centre over the three new agriculture laws, asking why were the farmers agitating if these were meant for them.

Addressing a public meeting in Badhni Kalan in Punjab's Moga district, Gandhi asserted that the contentious Acts would be revoked if the Congress was voted to power. He wondered what was the "hurry" and need to implement these legislations amid the coronavirus pandemic.

"And if farmers are happy with these laws, then why are they agitating across the country? Why is every farmer of Punjab agitating?"

Farmers have expressed apprehension that the Centre's farm reforms would pave the way for dismantling of the minimum support price system, leaving them at the "mercy" of big companies.

President Ram Nath Kovind has given assent to the Farmers' Produce Trade and Commerce (Promotion and Facilitation) Bill; Farmers' (Empowerment and Protection) Agreement of Price Assurance and Farm Services Bill; and Essential Commodities (Amendment) Bill, which were passed by the Parliament last month.

Earlier, Gandhi arrived in Moga for leading tractor rallies across the state from Sunday till Tuesday in protest against the laws.

The tractor rallies, which have been named as 'Kheti Bachao Yatra', will cover more than 50 km over three days in various districts and constituencies.

In Lopon, it will head a Jagraon in Punjab’s Ludhiana district, where it will be received at Chakar, Lakha, and Manoke, culminating at a public meeting in Raikot and covering a distance of around 22km.

On October 5, the party will cover a distance of 20 km, beginning with a reception at Barnala Chowk in the Sangrur district. Rahul and his team will travel by car to Bhawanigarh to address a public meeting.

They will then head to Samana in Patiala district on tractors. Their receptions will be held at Fatehgarh Chhana and Bahmna, before ending the day with a public meeting at Grain Market, Samana.

During his three-day visit, Gandhi will lead the party’s tractor rally in Moga, Ludhiana, Sangrur, and Patiala districts of the Malwa region.

In The TIME Of Bilkis Bano As Dadi Cool