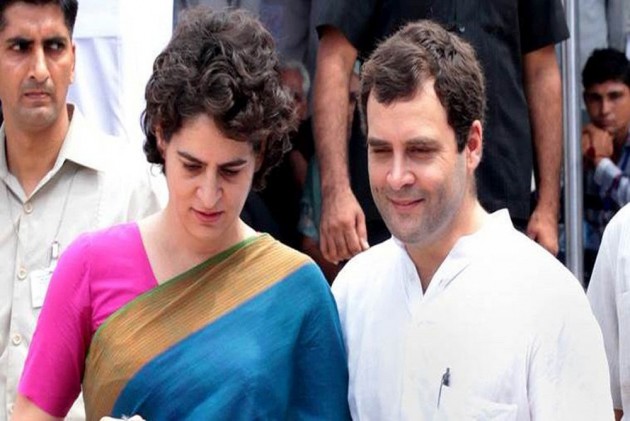 Former Congress president Rahul Gandhi on Wednesday led a 'padyatra' in Delhi with a large number of party workers following him to Mahatma Gandhi's memorial Rajghat.

Many youth sported Gandhi's trademark spectacles and dhoti and walked with sticks in the march.

A tableau of Gandhi's Sabarmati Ashram and his iconic wooden spinning wheel was also part of the march.

The march will conclude with an oath to be administered to workers and leaders by party president Sonia Gandhi at Rajghat.

The Gandhi scion along with party workers is set to take out the padayatra at noon from Shaheed Smarak to the GPO Park. She will also pay homage to Mahatama Gandhi on his 150th birth anniversary at the GPO Park here.

After 1:30 pm, Priyanka Gandhi Vadra will head towards Congress party office where she will hold discussions with the volunteers about the party and development.