Through the past two days, Rahul Gandhi’s aides who handle his Twitter account went on an overdrive to ‘unfollow’ over 60 individuals, including a large chunk of editors and political journalists 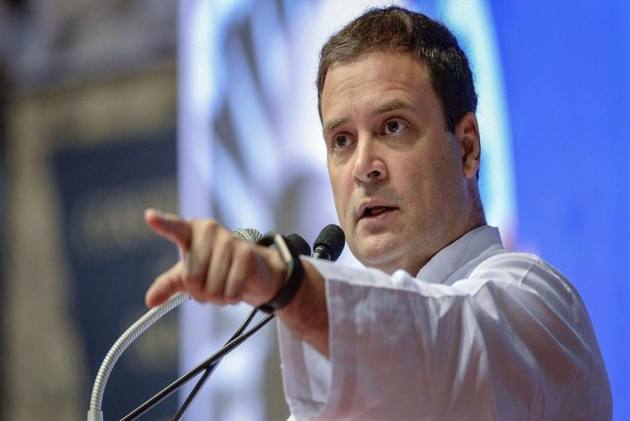 Just when his prophetic tweets on the ongoing Covid crisis and the Centre’s bumbling response to it had begun to soften the criticism of his political naiveté, Congress leader Rahul Gandhi simply had to score a self-goal. Through the past two days, Gandhi’s aides who handle his Twitter account went on an overdrive to ‘unfollow’ over 60 individuals, including a large chunk of editors and political journalists and also several Congress members attached to the former party chief’s office.

Gandhi’s Twitter ‘purge’ has triggered predictable tittle-tattle over what necessitated the action and the larger meaning that should be read into the exercise. Is Gandhi, known for his strong and obstinate views on people, telling those he ‘unfollowed’ that they no longer enjoy his trust? Is his decision to no longer follow editors and journalists – barring a handful of exceptions – illustrative of his growing frustration with a media he has repeatedly called out for pushing the government’s propaganda while ignoring the Opposition and ground realities? Or is it, as several of his aides have said anonymously, just a cleaning exercise that will be followed by a recalibration of the company he’d like to keep on Twitter?

Whatever be the reasons behind Gandhi’s latest Twitter (mis)adventure, the fact is that it doesn’t accrue him any immediate dividends. Instead, it plays into the very narrative that Gandhi’s rivals have succeeded in building about him – that of a petulant leader who prefers to surround himself with sycophants. It doesn’t help either that the unofficial explanation offered by Gandhi’s confidantes for his decision to unfollow party members who work as part of his staff sounds utterly lame too.

Among his aides that Gandhi unfollowed were Nikhil Alva, Alankar Sawai, Kaushal Vidhyarthee, and KB Byju. Two reasons are proffered as justification for this move. Some claim that Gandhi’s decision intended to end friction within the Congress over him “selectively” following some party colleagues considered to be part of his kitchen cabinet while leaving out others who may not always agree with his leadership style and functioning. The other view is that since Alva, Sawai, Vidhyarthee, and Byju work closely with Gandhi as part of his staff, there is no need for him to follow them on Twitter as he is already aware of their views on issues that matter politically.

The fatuity inherent in these reasons is glaring. While it is true that Gandhi’s rapport with several seniors of his party has been shaky for some time now – particularly since the G-23 letter bomb – the fact is that the former Congress president followed and continues to follow a majority of his veteran colleagues on Twitter. If pacifying those who weren’t on his list was the motive, it could have been solved simply by clicking the ‘follow’ option. So what purpose did weeding out those who are already known to be in his inner circle serve?

The other justification that Gandhi decided to unfollow those he is in touch with daily is just as asinine and even more problematic. Read conversely, would this mean that people Gandhi presently follows on Twitter are those he has no regular communication with or whose political views on critical issues he isn’t aware of? Among the 219 accounts, Gandhi follows now (as against the 282 he followed until Tuesday morning) are those of his sister and party general secretary Priyanka Gandhi Vadra, chief ministers of Congress-ruled states, a host of AICC and PCC office bearers, and Congress spokespersons. Is Gandhi, the former and likely future Congress president, not in constant touch with some of the most senior and important leaders of his party?

Gandhi’s decision to unfollow over a dozen senior journalists is just as baffling. There is no denying that several of these journalists have given Gandhi causes aplenty to be upset, even angry. Many of them have criticised Gandhi’s incontestable failure in reviving the Congress’s dwindling fortunes. Others have been scathing in their attacks on Gandhi and the Congress while sparing Narendra Modi and the BJP similar scrutiny and acerbic barbs. Gandhi has every right to resent caustic attacks from members of the press and call out their hypocrisy – and he has done so on Twitter and in his press conferences. Yet, as a politician who wants to showcase himself as a more tolerant, humane, and civilized alternative to Modi, Gandhi should know that shutting out his critics in the media would only be counter-productive.

Purging journalists from his Twitter-verse only give Gandhi’s critics in the media more ammunition to come at him. In the 17 years of his political life, Gandhi has been steadily mocked at, at times on most gratuitous grounds, by the media and this may have justifiably shaken his faith in the fourth estate’s ability to be both objective and refined in its critique. Yet, as a man who attacks his opponents in the BJP for their intolerance of criticism, adeptness at headline management, and penchant for muzzling a free press, Gandhi must know the pitfalls of trying to emulate his rivals. Unfollowing his critics on Twitter will, anyway, not stop the bad press he gets. Instead, it will make him look like an irritable leader who believes that expunging journalists from his Twitter timeline is a penalty he can levy on them in the hope of more sympathetic coverage in the future.

Gandhi’s Twitter account stood out against Modi’s not just because the tweets that the Wayanad MP put out bravely spoke truth to power but also because the people he followed were an eclectic mix of academics, politicians, journalists, and subject experts, many of whom could openly disagree with Gandhi and the Congress but keep within the confines of civilized dissent. In stark contrast, a significant number of people who are “proud to be followed” by Modi have been notorious for using the Twitter space for obnoxious and repulsive intent – issuing murder and rape threats, spreading hate and communal discord, among others – besides parroting political propaganda of the BJP. Gandhi’s timeline can rightfully boast of not condoning Twitter handles that routinely peddle violence and hate but by trimming down the list of followers largely to members of his party and shutting out critics, the Wayanad MP is signaling that he wants his timeline to reflect only the Congress’s agenda.

A man, the old maxim goes, is known by the company he keeps. Gandhi must realize that in the invasive age of social media, a man is also known by the company he doesn’t wish to keep. Gandhi has repeatedly sought to differentiate himself from Modi and the BJP by claiming he respects diversity. His Twitter account must reflect that too.