The 26-day 'Red Light On, Gaadi Off' campaign in Delhi began from the ITO traffic signal; ministers urge citizens to act responsibly and stop burning fuel at traffic signals. 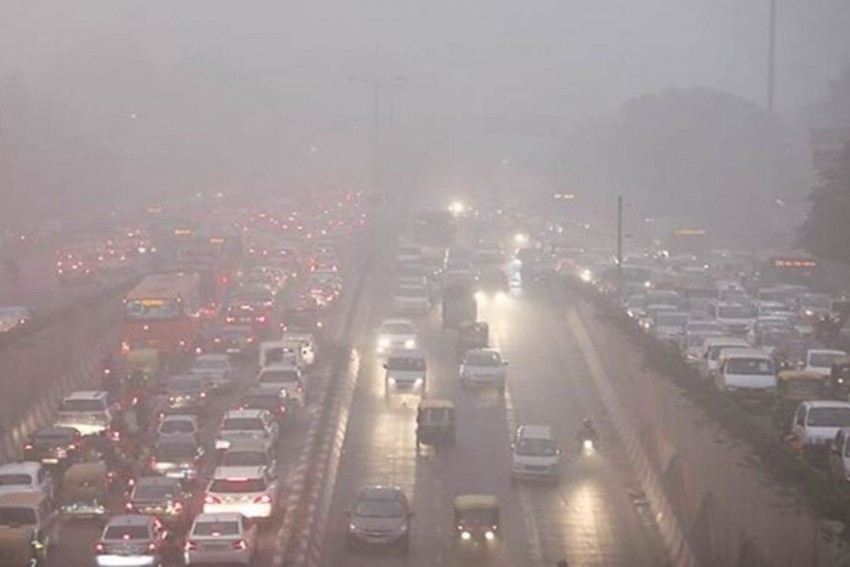 Delhi's vehicular pollution can be reduced by 15-20 per cent if commuters turn off their vehicle engines while waiting at traffic signals, city Environment Minister Gopal Rai said on Wednesday.

Kickstarting the 26-day "Red Light On, Gaadi Off" campaign in the national capital from the ITO traffic signal, Rai appealed to the people of Delhi to act responsibly and stop burning fuel at traffic signals.

"The campaign is an attempt to reduce vehicular pollution. Delhi has around one crore registered vehicles. Altogether, vehicles burn fuel at traffic signals for around 15-20 minutes every day. This campaign aims to stop fuel-burning at signals.

"If the city's two crore population joins this campaign and does its bit, then we can reduce around 15-20 per cent pollution from vehicles. This campaign is voluntary. I appeal to the people of Delhi to make it a success," he said.

The Aam Admi Party (AAP) government's campaign, which will go on till November 15, aims to spread ground-level awareness at 100 traffic signals in the capital. A total of 2,500 civil defence volunteers will be standing with placards, asking commuters to switch off the engines of their vehicles, at these signals.

Launching the initiative at the ITO intersection, Rai gave a flower to a commuter while requesting him to turn off the engine of his car.

He said Delhi can become pollution-free only if the government and the public work together.

"We have started the 'Red Light On, Gaadi Off' campaign today in Delhi. So far, the Delhi government and other agencies have been working to control pollution. But now, Delhi's population of two crore people is being made a part of it to fulfil their responsibility in the fight against pollution. To make Delhi pollution-free, the government and the public must come together to fight it," Rai told reporters.

Civil defence volunteer Geeta, a resident of Sadar Bazar, said she received a good response from the commuters, who are turning their vehicle engines off when asked to do so.

"The response is very good till now. People are switching off their engines when we are asking them. No one argued or refused to do so," she said.

Another volunteer, Himanshu Wadhwa, a resident of Burari, said people were acting responsibly.

"We have noticed that people are aware about the deteriorating situation of pollution in the national capital. Many of them are already switching off their engines. They understand their responsibility," he said.

The civil defence volunteers will spread awareness among people at the traffic signals from 8 am to 8 pm, Rai said.

The initiative is only an awareness drive and nobody will be issued a "challan", the minister had said on Tuesday.