State governments are supposed to clear the ticket price and hand over the tickets to workers, BJP said. 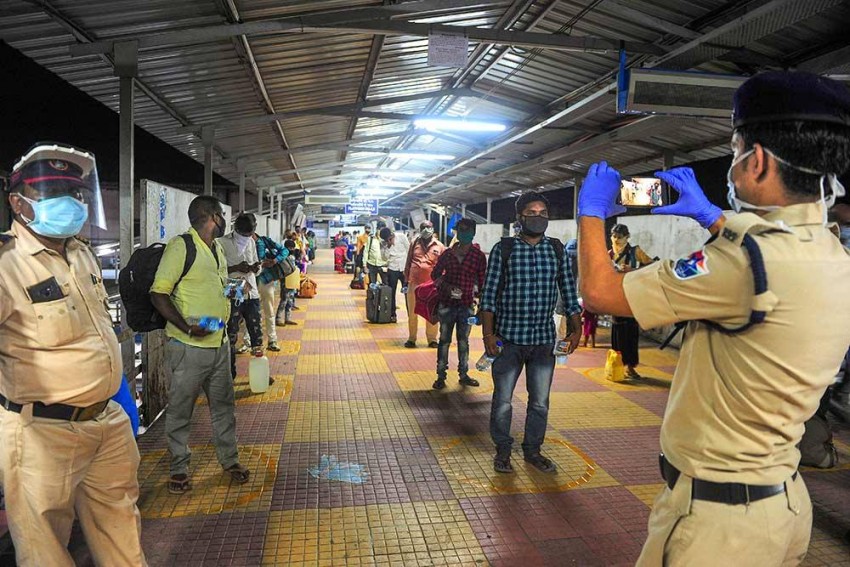 RPF personnel click pictures of migrants as they wait in a queue to board a special train for Gorakhpur to reach their respective native places, at Vasai Railway Station in Mumbai.
PTI Photo
PTI 2020-05-04T11:53:18+05:30 Railway Subsidised 85% Fare For Migrant Workers; States Can Pay For Tickets: BJP 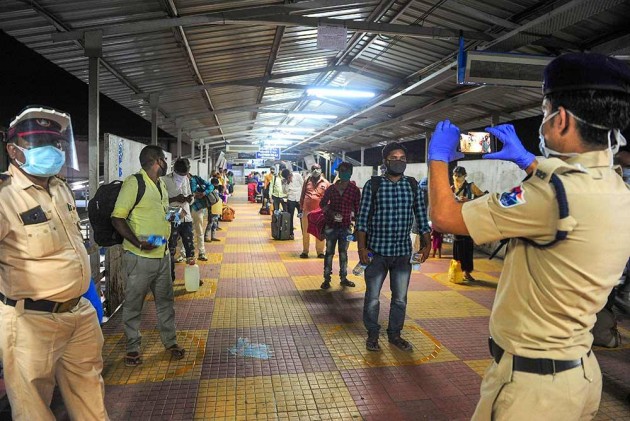 The BJP said on Monday the railways has subsidised 85 per cent of ticket fare for special trains being run to transport migrant workers and the state government has to pay the remaining 15 per cent, soon after the Congress attacked the central government over the issue.

He said the Madhya Pradesh government is doing so and asked Rahul Gandhi to tell the Congress-ruled states to follow suit.

He was responding to Congress leader Rahul Gandhi's attack on the railways for charging poor migrant labourers ticket fare, even as it donated over Rs 151 crore to the PM-CARES Fund.

"Rahul Gandhi ji, I have attached guidelines of MHA which clearly states that 'No tickets to be sold at any station'. Railways has subsidised 85% & state govt to pay 15%. The state govt can pay for the tickets (Madhya Pradesh's BJP govt is paying). Ask Cong state govts to follow suit," Patra tweeted.

The BJP leader further clarified that for each 'Shramik Express', special trains being run for migrants, about 1,200 tickets to the destination are handed by the railways to the state government concerned.

State governments are supposed to clear the ticket price and hand over the tickets to workers, he said.

Seeking to corner the central government, the Congress on Monday said its state units will bear the cost of rail travel of needy migrant workers and labourers stranded at their workplaces due to the lockdown imposed to curb the spread of coronavirus.

Congress president Sonia Gandhi in a statement announced the party's decision and said this would be the Congress' humble contribution in standing shoulder to shoulder with these workers.

In a tweet, BJP MP Subramanian Swamy claimed that migrant workers returning home will not have to pay money as the rail travel will be free from now onwards.

Swamy, in a tweet, said, "Talked to Piyush Goel office. Govt will pay 85% and State Govt 15%. Migrant labour will go free. Ministry will clarify with an official statement."