The case had been registered against the MLA after surfacing of three audio tapes in one of which he is allegedly talking to Union Minister Gajendra Singh Shekhawat to topple the Ashok Gehlot government. 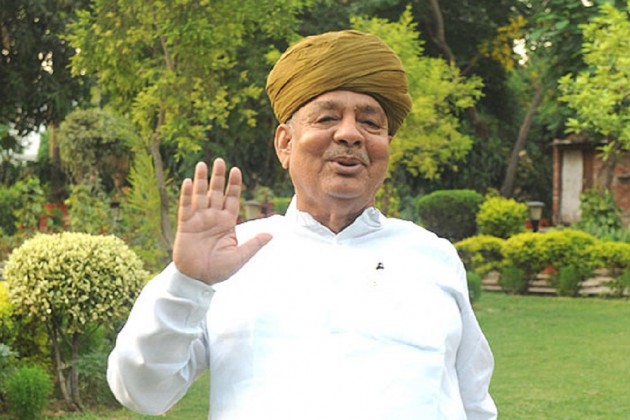 Rebel Congress MLA Bhanwarlal Sharma has moved the Rajasthan High Court seeking quashing of an FIR against him in connection with the audio tapes case dealing with an alleged conspiracy to topple the Ashok Gehlot government.

The MLA, who is in the Sachin Pilot camp, on Tuesday moved the court, alternatively demanding the transfer of the investigation into the case to the National Investigation Agency from the Special Operation Group of the Rajasthan police.

The SOG had registered the FIR against Sharma on July 17 on charges of sedition (124 A) and criminal conspiracy (120 B) under the Indian Penal Code.

The case had been registered on a complaint by Congress Chief Whip Mahesh Joshi after surfacing of three audio tapes in one of which Sharma is allegedly talking to Union Minister Gajendra Singh Shekhawat for toppling the Ashok Gehlot government through horse-trading.

In another tape, he is allegedly heard talking to one Sanjay Jain over the same issue.
Sharma pleaded to the court to quash the FIR, terming the case against him as politically motivated.

Alternatively, he demanded transfer of the investigation into the case to the NIA arguing that he does not fair probe into the case by the state investigative agency as the Rajasthan chief minister has given public statements against him.

The SOG has already arrested Jain and issued notice to Shekhawat.

The Congress has alleged that Jain is a BJP leader, while the saffron party has rejected the allegation saying he has no connection with it.

Sharma along with another MLA Vishvendra Singh has been suspended from the Congress party's membership for alleged involvement in the conspiracy to topple the government. PTI