Rajasthan: BJP Lost Five Seats Out Of Seven In By-polls Since 2018

As per the BJP insiders, the infighting within the party and poor selection of candidates were the two reasons behind the loss of the saffron party in the recent by-elections. 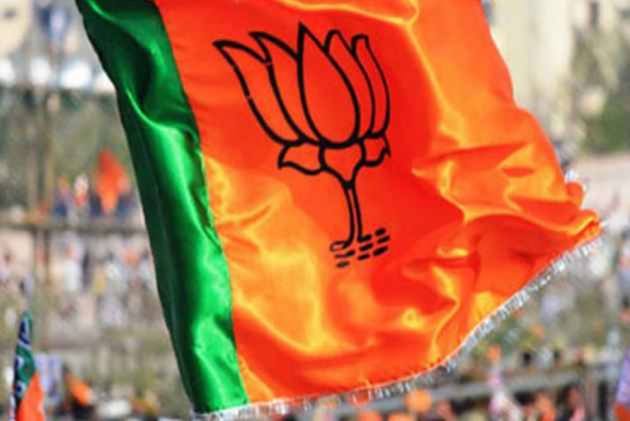 As the results of bypolls were declared on Tuesday, it turned out that BJP lost both the seats by huge margins, with its candidates finishing third and fourth respectively in the electoral contest. Congress candidates Nagraj Meena and Preeti Shaktawat won Dhariawad and Vallabhnagar assembly constituencies with margins of 18,725 and 20,606 votes, respectively. In Vallabhnagar, the BJP gave ticket to Himmat Singh Jhala while it fielded Khet Singh in Dhariyawad.

Since the 2018 Assembly elections, a total of seven Assembly bypolls have been held in Rajasthan for the seats – Mandawa, Khinwsar, Sujangarh, Sahara, Rajsamand, Vallabhnagar and Dhariyawad. Of the seven bypolls, the BJP has won only one seat, in Rajsamand. Whereas the remaining five seats were won by Congress, with the Rashtriya Loktantrik Party (RLP) winning one in Khinwsar. The bypolls were necessitated either after the death of the sitting MLAs from these seats or the elevation of legislators to the parliament.

According to party insiders, the infighting within the party and poor selection of candidates are the two reasons being attributed to the loss of the saffron party in the recent by-elections. "In Dhariyawad, a seat that the BJP won in the 2018 Assembly elections, has been lost due to the poor candidate selection within the party", a senior BJP leader said.

These bye-elections were held amid reports of tussle between a faction loyal to the former Chief Minister of the state, Vasundhara Raje, and another faction led by Satish Poonia as BJP’s state unit chief, revealing divisions within the party. On the contrary, Congress in the bye-elections held since 2019 has retained the seats it had won in the 2018 Assembly elections.

Interestingly, during the tenure of the previous BJP government, it was the opposition Congress, which had won the majority of bye-elections. Congress had won three out of four Assembly seats in bye-elections held in 2014.

Torn between a leadership struggle involving Raje and the state BJP leadership, with only two years left for the state elections, the party's fortunes have taken a hit amidst reports of divisions and infighting between different factions.

While the state BJP president Satish Poonia was prompt to acknowledge the defeat, he made an indirect reference to the regime of former chief minister Vasundhara Raje, under which the party had also fared poorly in assembly by-elections. In his tweet, Poonia termed the defeat as 'natural' and held local equations and issues responsible for the losses. He also said that one should avoid criticism and take lessons from these defeats to move forward.

For over a year the state BJP leadership has been alleging Raje to be running a ‘parallel system’ in the state with a focus on herself instead of the party. This even includes Covid welfare initiatives, for which she reached out to many during the second wave. The supporters of Vasundhara Raje are openly demanding that the party project her as the Chief Ministerial candidate for the 2023 elections. Earlier this year, in August, she inaugurated a party office in Jaipur that fueled many rumours.

Just a week earlier in Jodhpur, Vasundhara Raje, while responding to a question on BJP leaders in Rajasthan eying the top post, said that it doesn’t happen just by hoping and only someone who has the support and love from all communities will get to rule.

"The cracks have become evident in the party. They were also visible during the campaigning for the by-polls. In September during the Chintan Shivir held at Kumbhalgarh, the party’s national general secretary (organisation) B.L. Santosh had issued a warning to leaders to concentrate on strengthening the party and reducing factionalism", a former minister and senior BJP leader told Outlook.

In the Assembly of 200, the ruling Congress at present has 108 MLAs, BJP 71, Rashtriya Loktantrik Party (RLP) 3, CPI(M) and Bharatiya Tribal Party (BTP) 2 each and the Rashtriya Lok Dal 1. Thirteen are independent legislators.