The opposition party's decision comes days after an 'amicable resolution' of the nearly month-long political cisis in Rajasthan. 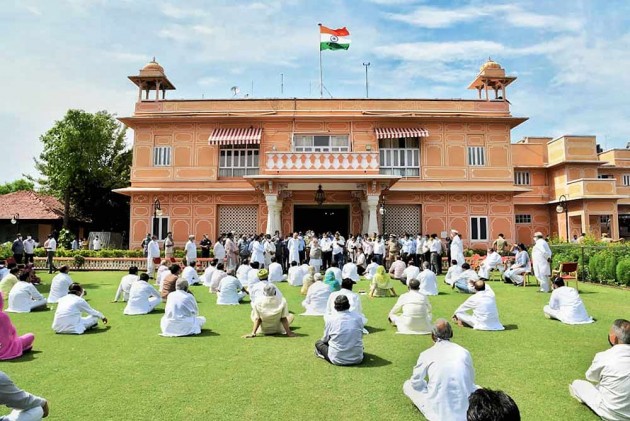 The BJP in Rajasthan will move a motion of no confidence in the state assembly against the Ashok Gehlot-led Congress government, leader of opposition Gulab Chand Kataria said on Thursday.

The decision was taken in a BJP legislature party meeting held here on Thursday.

After the meeting, Kataria told reporters that the motion of no confidence will be moved in the assembly session which is beginning from Friday.

The opposition party's decision comes days after an "amicable resolution" of the nearly month-long political cisis in Rajasthan.

Meanwhile, Rajasthan Chief Minister Ashok Gehlot has called a meeting of the Congress Legislature Party at his residence on Thursday at 5 pm, a day before the state assembly session is scheduled to begin.

Party sources said the meeting would be attended by former deputy chief minister Sachin Pilot and other dissident MLAs.

ALSO READ: ‘Sometimes We Have To Be Tolerant’: Ashok Gehlot To MLAs As Sachin Pilot Returns

The Congress also revoked the suspension of Bhanwarlal Sharma and Vishvendra Singh, two MLAs who had rebelled against the Gehlot government.

They were suspended from the party's primary membership last month over their alleged involvement in a "conspiracy" to topple the Congress government in the state.

Congress leader Sachin Pilot had openly rebelled against chief minister Gehlot last month along with 18 other party MLAs. He was then sacked as deputy chief minister and the party’s Rajasthan chief.

The Congress on Monday had said the crisis in Rajasthan was a "closed chapter" and all legislators supporting its government will work towards strengthening the state government and fighting COVID-19 and economic calamities.