The by-elections to two Assembly seats in Rajasthan-- at Vallabhnagar in Udaipur district and Dhariawad in Pratapgarh district-- were necessitated following the death of MLAs Gajendra Shaktawat and Gautam Lal Meena. 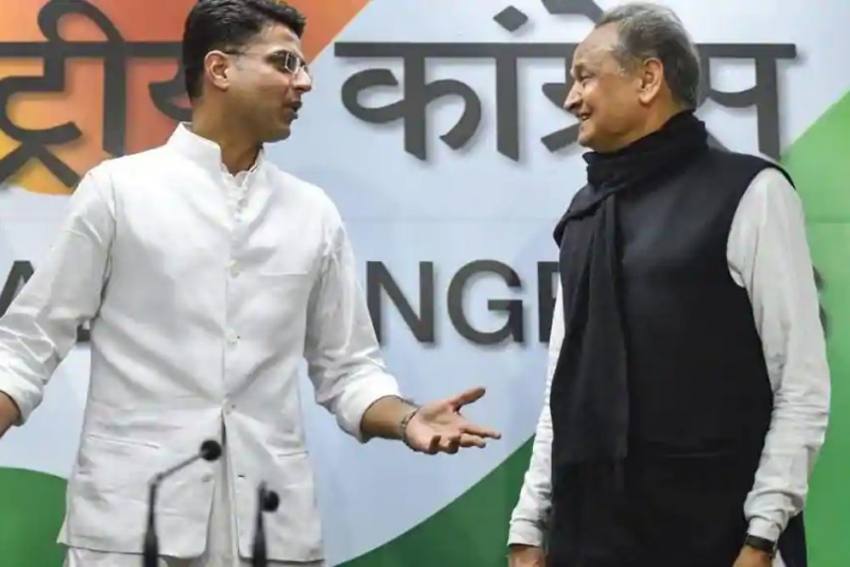 The list of star campaigners of the ruling Congress and the Bhartiya Janta Party for the upcoming by-polls in Rajasthan gives a clear message. Both the parties are making efforts to dilute cracks within the party and present a united face.

The political experts see the campaigner's list as an attempt to show the united front before the voters. "We have been repeatedly told to stand united and keep our differences at a bay and work hard in the campaigning", a senior BJP leader told Outlook.

Explained: Why Is The Support Of Six Turncoat BSP MLAs Important For A Stable Congress Government In Rajasthan?

The by-polls to the Vallabhnagar (Udaipur) and Dhariyawad (Pratapgarh) seats are scheduled for October 30. In Vallabhnagar, the BJP has given a ticket to Himmat Singh Jhala while fielded Khet Singh in Dhariyawad. The Congress has fielded Preeti Shaktawat from Vallabhnaga, which has traditionally been the party’s stronghold, and Nagraj Meena from Dhariyawad.

In the Assembly of 200, the ruling Congress at present has 106 MLAs, BJP 71, Rashtriya Loktantrik Party (RLP) 3, CPI(M) and Bharatiya Tribal Party (BTP) 2 each and the Rashtriya Lok Dal 1. Thirteen are independent legislators.