CM Ashok Gehlot will provide financial assistance of Rs 5 lakh from the Chief Minister's Relief Fund to kin of those who lost lives in rain-related incidents and Rs 2 lakh to the injured. 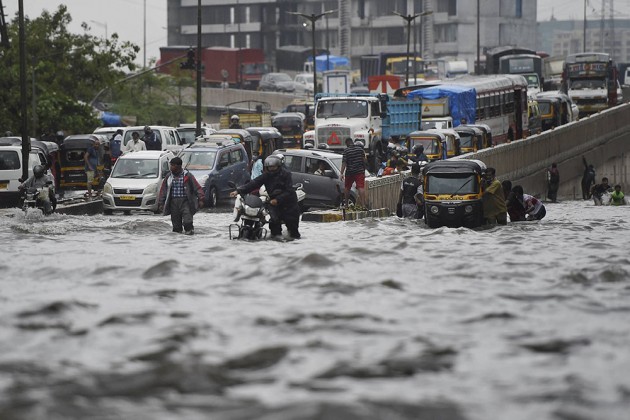 With monsoons underway and mounting deaths and destruction due to rains in Rajasthan, Chief Minister Ashok Gehlot on Saturday announced financial assistance of Rs 5 lakh to kin of those who lost their lives in rain-related incidents.

Gehlot directed officials to provide immediate financial assistance of Rs 5 lakh from the Chief Minister's Relief Fund. As many as 80 people have died in rain-related incidents in the state, as per reports. The CM also announced Rs 2 lakh compensation for the injured.

The CM gave the order while chairing a meeting of the Disaster Management and Relief Department to review the situation arising out of heavy rains in the state. He also reviewed the relief and rescue operations in several districts of Kota and Bharatpur divisions, an official statement said.

The chief minister sought feedback on relief work from divisional commissioners, inspector generals, district collectors and superintendents of police of these districts during the virtual meeting, it said.

Several parts of Rajasthan have been lashed by heavy rains for days, leading to a flood-like situation in many areas. Hundreds of people in different districts have been evacuated from low-lying areas.

Many people have been killed in rain-related incidents, including wall or house collapses.

Gehlot said the state government stands with the affected people. In this hour of crisis, all possible help will be provided to the families who have lost their loved ones. Orders have been issued for special 'girdawari' (revenue survey) to assess crop damage due to the rains so that compensation can be provided to those affected.

He said district collectors should send a special 'girdawari' report at the earliest so that it can be sent to the Centre in the form of a memorandum.

Besides, instructions have been issued to the concerned officers to assess the damage caused to animals, houses and public property and send their reports without delay, the statement said.

The chief minister directed officials to visit the flood and rain-affected areas to take stock of the situation. People whose houses have been damaged due to rain should be shifted to temporary houses and proper arrangements should be made for food etc. for them, it said.

He also said that the concerned local administration and the general public should be informed before water is released from dams, it said.