The video which has surfaced online, shows a girl being dragged by goons. She is seen screaming for help while the goons continue to thrash her. 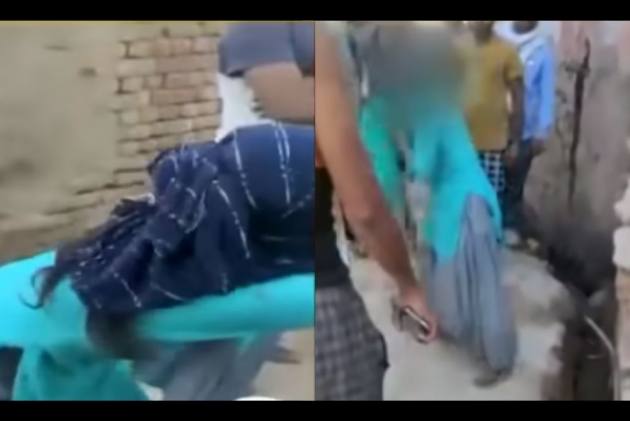 A recent shocking incident of moral policing came into light when a group of men targeted a young couple in Rajasthan's Bharatpur district. The girl was attacked and hurled abuses by the local goons after she was spotted talking to her boyfriend in a secluded place. The video of the incident is going viral on the internet. However, no immediate police action has been taken so far, reports claimed.

According to Latestly, the incident took place when the alleged boyfriend-girlfriend were sitting at a secluded place. However, the exact date is yet to be confirmed.

The video, which is surfacing online, shows that the girl is being dragged by the goons. She was screaming and urged for help while the goons continued thrashing her. They even tried to pull her dupatta away.

Why is this happening in the first place and what was even the crime committed by this young lady? Talking to boyfriend? Are you kidding right now?ðÂÂÂÂ¡ @ashokgehlot51 @RahulGandhi https://t.co/7dAXlfu94G

The girl's boyfriend fled from the spot when the goons grabbed the girl and started thrashing her.

Meanwhile, police said that the matter would be thoroughly investigated, and the accused people will be punished. The probe in underway.

Earlier, a Muslim couple was also thrashed by two men at a bus stop in Alwar.