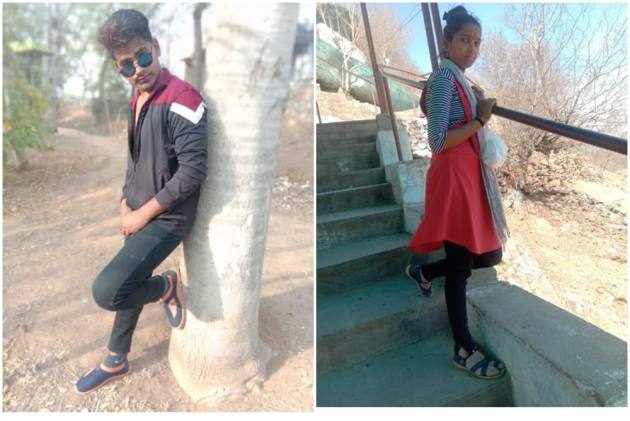 At first one could barely comprehend what Roshan Mahawar was saying. He mumbled and rued with his voice breaking midway.

"Had police acted on time, Pinky could have been alive today. Since March 1, the day she was abducted from our house in Dausa, I have been repeatedly telling the police to look for her and save her life", alleged Roshan Mahawar who was in a relationship with Pinky Saini.

According to the police, 18-year old Pinky was allegedly killed by her father on March 3 who had opposed her live-in relationship with Mahawar, a Dalit by caste.

Accusing Rajasthan Police of inaction, Mahawar said, "Since February 21, Pinky and I were living in Jaipur. We arrived in Dausa on March 1, to take financial help from my family. We discretely reached home but somehow Pinky's family who also lives in Dausa got to know. As many as 40 family members and relatives of Pinky came to my place and forcibly took her away. I got to know that her relatives Ranglal, Kaalu and Mukesh had given a bounty of Rs 1.5 lakh to kill us. We registered an FIR of her being missing in the Mahila Thana in Dausa and kept reminding them but no action was taken by the police. Her body was found two days later in her own house. Had the police made an effort and searched for her we could have avoided this horror."

According to the police, the family members of Mahawar had registered an FIR against 11 people including Pinky's father, uncle and other relatives on March 1, as soon as she was abducted. The police have so far arrested her father in connection with her murder.

"On February 26, both (Pinky and Mahawar) appeared before the Rajasthan High Court and requested police protection. The court had ordered that they should be provided protection by the local police. The police even took them to Jaipur under their vigilance. But on March 1, they arrived in Dausa where Saini's family took their daughter away from their house forcibly," Dausa superintendent of police Anil Beniwal said.

"Police are still investigating. So far, we have arrested Pinky's father Shankar Lal Saini. The post mortem has been conducted. As per the initial investigation, it looks like a clear case of strangulation," Beniwal added. The FIR has been lodged under section 302 of IPC.

Pinky who had completed her class XII last year and Mahawar, who was pursuing an ITI course, were in a relationship since 2019, but Pinky's parents were against their marriage.

"Her parents disliked me because I am a Dalit, I belong to a lower caste and the girl belongs to the Maali community (OBC). On February 16, Pinky was forced to marry another man. She was unhappy, which is why she ran from her house just after the wedding and started living with me. I had known her for the last two years and we were deeply in love with each other," Roshan added.

The couple had appealed in the court that they wanted to live with each other.  On February 26, a bench of Justice Satish Kumar Sharma of the Rajasthan High Court had said, "Without expressing any opinion on the merits of the case, learned counsel for the respondents is directed to advise his clients not to take the law into their hands and not to cause any sort of harm to the petitioners. Further, learned Public Prosecutor is also directed to inform the local police authority to give protection to the petitioners and to take them at a safe place as per their wishes."

Nawal Singh who had represented Saini and Mahawar at the Rajasthan High Court told Outlook, "This is the case of sheer negligence by Rajasthan Police. The boy's life is also under threat and police should give him security."

Social activists too slammed Rajasthan Police for negligence and demanded action to be taken against the cops. "We demand action against the Dausa SP and other police officers, SHO, and the circle officer. This is shameful and despite court orders, she was murdered. This is horrific and justice should be delivered,” said the Rajasthan president of Peoples Union For Civil Liberties, Kavita Srivastava.